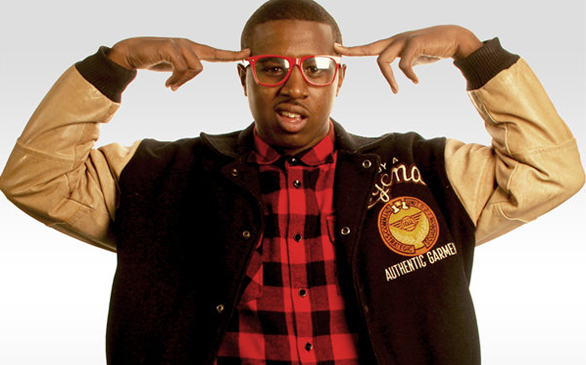 There is no doubt that the majority of mainstream hip-hop music has been in a dumbed-down pathology of superficial lyrics, simplistic productions and overly hyped gimmicks for far too long; so when a musical artist like 20-year-old Paris Jones makes some noise, it is refreshing.

On a sunny day at Universal City Walk, music producer Jones and I begin conversing about his significance, accomplishments, goals and aspirations. Jones, an L.A. native, has been gaining approbations worldwide for mastering the art of sampling.

“I’m known for my sampling,” he avers.

Like his predecessors such as DJ Premier, 9th Wonder and Kanye West, Jones also recycles originally composed songs to create something that sounds familiar yet novel.

“I believe sampling is an art, it’s what hip-hop was founded on,” he says.

Jones’ style of sampling has created some controversy as well. Critics are quick to compare Jones to West because Jones’ eclectic style of sampling tends to acutely mirror West’s production style. It’s easy to understand why West fans might say Jones is copying his style, since both producers choose to sample songs from various genres and decades.

Bloggers began to speculate if Jones’ creativity was truly original when Jones chose to sample the song “Popular” from the musical “Wicked.” However, Jones released his video sampling the same musical score as West three months before West's video surfaced.

Even though many bloggers continuously judge him against West, he says, “I’m really not trying to sound like anyone else. I’m trying to move away from that.”

Jones’ sampling creativity has earned him a couple of accolades via Internet blogs. He received a Roofie Award for best production of “Pop A Bottle” and a TRB Underground Award for his video “Winter.” Furthermore, this type of notoriety is hyping the buzz surrounding Jones, so it’s not surprising that his number of Twitter followers is rapidly increasing daily. Jones makes sure to give his fans his undivided attention whenever possible.

“Anytime I get a chance, I’m going to talk to my fans and anyone who supports me. If you’re supporting me and you’re helping me with what I need to do, why wouldn’t I give you two or three minutes of conversation?” he says.

Unlike most of today’s top-charting hip-hop entertainers, Jones is on a mission to shine light on America’s problems, such as violence in inner cities.

The untimely death of his good friend Rob – who got shot over an insignificant dispute – compels Jones to dedicate his life to be a catalyst for the much-needed change in hip-hop culture. His disfavor for the current state of black culture fuels his desire to speak in public.

“I believe that the black culture was put in shambles after slavery, and I don’t like the way that certain things are being swept under the carpet. I feel like I have a lot of important things to say outside of music. You can only say so much within music; music is so limited. There are certain things I want to get across,” he says.

With two awards already under his belt, Jones doesn’t plan to slow down any time soon. He has aspirations to continue spreading socially conscious gospel much like hip-hop legend Tupac did.

“I want to make speeches. I want to talk to people,” he says.

Unfortunately, the unsigned artist is beginning to realize that the music industry is a money game.

“It doesn’t matter how good you are, that only takes you so far,” he begins. “When hip-hop first started, it was our own thing, but now you got corporate America as part of it.”

Regardless of fiscal qualms, Jones continues to get out his dreams and create music. His upcoming mixtape, Pay It Forward, sounds like indie rock and hip-hop mixed together with more features from other artists than previous released mixtapes.

“I think indie rock and hip fused together is a beast,” he discloses. “I’m always thinking, what’s the next step to bring a sound that no one else has brought.”

The Black Hour EP will be available March 29. For more information, visit facebook.com/iamparisjones.