Lakers Are 15-1 Since All-Star Break 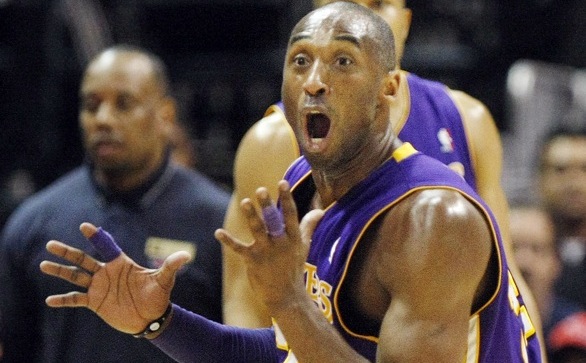 Kobe Bryant has made it his pet project, perhaps. But Bryant and the Los Angeles are now 15-1 since the All-Star break.

With a win over the New Orleans Hornets Sunday night (102-84), Bryant and the Lakers look scary; so scary that they are now four games behind the San Antonio Spurs for the best record in the NBA.

“I think we have to get some guys shooting well and get some rhythm,” head coach Phil Jackson suggests. “Defensively, we’re doing some things that are pretty good, but there’s some work we have to do in that area, too.”

And this is with Bryant still playing barely above par (although he was just named NBA Player of the Week, averaging 36.3 ppg March 21-27), with Andrew Bynum improving his young basketball talent and with Ron Artest producing at both ends of the floor like never before in his career. Against New Orleans, Bryant posted a game-high 30 points with five assists. Pau Gasol contributed a double-double of 23 points and 16 rebounds, while Bynum added 13 points and Artest had 11 in the squad’s seventh straight victory.

The Lakers had a big lead in the fourth quarter, but the Hornets made a push for a potential rally.

“It’s disappointing when you blow a big lead,” Bryant says. “But the key is we were able to regroup and push it back up again.”

Los Angeles looks sharp. Los Angeles seems ready for playoff contention even without a No. 1 seed. Los Angeles appears better than the last two championship teams. The Spurs are losers of three consecutive games, and their next two affairs are at home against the Portland Blazers and Boston Celtics. With some luck, Los Angeles could be 2.5 games behind the Spurs once April begins.

“We’re not so much looking at San Antonio and saying we can catch them,” veteran point guard Derek Fisher admits. “We’re saying we want to win our games, and then you can see how it shakes out…”

After a three-day break from action, the Lakers host the Dallas Mavericks Thursday, March 31, at Staples Center for a usual 7:30 p.m. start.