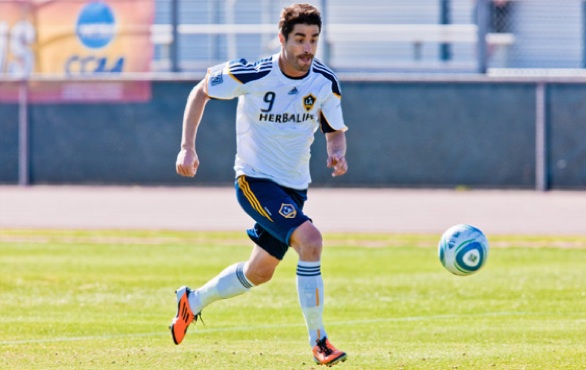 In all of 2010, the Los Angeles Galaxy only allowed 20 goals for the entire MLS season. They held the league’s best defense.

Now, after three games played, the Galaxy have surrendered five goals. Four of those scores came Saturday night in their road loss to Real Salt Lake, 4-1, in Utah.

“We came out poorly, there’s no question about that. We turned the ball over and made some bad plays, and they capitalized,” L.A.’s head coach Bruce Arena says. “We were completely outplayed in the first half, and we were punished properly.”

Team captain Landon Donovan did not make the trip due to national team duty in New York against Argentina. Starting goalkeeper Donovan Ricketts is still injured and out, and so are defensive walls Omar Gonzalez and Gregg Berhalter.

Real Salt Lake, who have not lost at home since 2006 in 26 games, netted three first half goals. The host squad scored twice within the first nine minutes and then added its third four minutes before halftime to take a 3-0 edge.

Forward Paulo Jr. connected on a crossing ball for Real’s fourth before Colombian striker Juan Pablo Ángel, an off-season acquisition, scored his first goal with the Galaxy – and of the season – in the 80th minute.

“It was good, but I wish it would have been under different circumstances,” Ángel comments of the score. “But it is always important to get off the mark, especially on a new team. I have a mix of emotions because it wasn’t a good game for us.”

A week since suffering their first 2011 defeat, Los Angeles returns to the Home Depot Center to entertain the visiting Philadelphia Union Saturday night, April 2, at 7:30 p.m.