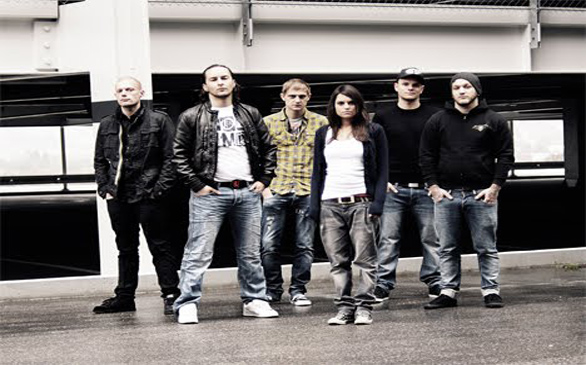 German death metal band Deathlock has released their fifth studio album, Bizarro World, living up to its title. The record begins with a strong display of power as it quickens blood flow with intensity and adrenaline.

Each instrument can be identified without complications, which often becomes a very difficult task in death metal. Johannes Prem provides the aggressive vocals that provoke a series of uncontrollable tantrums and madness. Sabine Scherer sings in a softer and melodic manner, adding peace and tranquility that balances the direction. John Gahlert joins the lineup on bass, adding a dark and heavy layer throughout the album.

The production of the album has a crystal-clear sound with a rich texture in the guitars. Every song includes vast layers of synthesizers and techno beats that are beautifully mixed with violent percussion bursts. Bizarro World expands across unreachable extremes with wicked head-banging tracks and light orchestral dynamics.