Five Eight: Your God Is Dead To Me Now 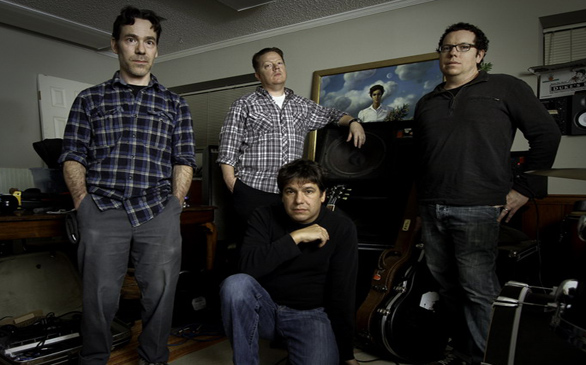 Athens, Ga., rock group Five Eight have released their latest studio album, marking the return of the original members after a 14-year separation. The fearless record holds no bars with its lyrical content, as they continually push the envelope.

Sung from the deep chambers of Mike Mantione’s mind, the 14 tracks travel with intense content full of religious undertones and political views sowed tightly with songs of love and loss. The contagious guitar riffs and bass lines linger long after the last string is strummed, channeling small traces from their earlier albums.

Your God Is Dead To Me Now speaks louder than the daring title itself. Manitone bleeds his self-doubts of a lost spiritual relationship filled with false hopes and empty promises. Yet with all the dark material, it’s perfectly balanced with heavy musical interpretations of ’90s rock. The group has recaptured their essence from earlier releases and isn’t pulling any punches this time around.

Your God Is Dead To Me Now is currently available.