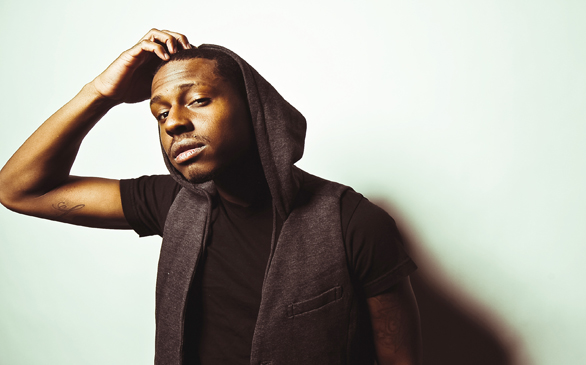 For years Houston has established itself as a hotbed for hip-hop, but punk rock? It’s not really synonymous with the city of candy slabs, chopped ’n’ screwed and lean. Houston native Hyro da Hero breaks convention with his new album, Birth, School, Work, Death, effectively fusing hip-hop with punk rock.

Hyro grew up listening to artists such as UGK and Z-Ro, but became weary of hip-hop when artists became more concerned with making simple, catchy songs than penning insightful lyrics. “I just changed the station,” Hyro states, and he started listening to bands like the Clash, Bad Brains and Fishbone.

He makes it clear that he’s not a gimmick like other artists who try to cross genres. “I’m not trying to be anything I’m not. I grew up a big fan of both hip-hop and rock, so this is me.”

With the help of renowned producer Ross Robinson (Korn, Slipknot), Hyro puts together a well-blended album, combining sharp lyrics about his upbringing, social issues and the state of music, with aggressive, rebellious instrumentals. In a day where artists try to achieve commercial fame and success by following a blueprint, Hyro is set on doing it his own unique way.