Jag Panzer: The Scourge of the Light 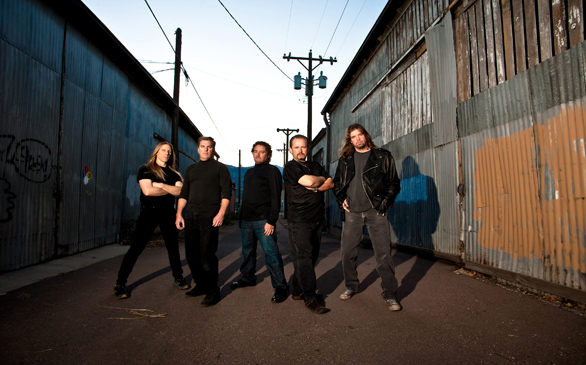 The last studio release from metal juggernaut Jag Panzer, 2004’s Casting the Stones, was not exactly a high point for the band; fans and critics alike were not pleased with the fact that the group had veered away from the melodic sound they were known for. Since then, the group has had a lineup change; guitarist Chris Broderick was poached by Megadeth and replaced by Chris Lasegue, who not only brought his ax-slinging skills to the table but also his songwriting talent, helping Jag Panzer return to form with The Scourge of the Light.

Lasegue and original guitarist Mark Briody play so fast on “Condemned to Fight” that at first, before the rest of the group’s thunder kicks in, it seems like they’re doing a take on the classical piece “Flight of the Bumblebee.” But as good as the two guitarists are, listeners (at least those familiar with rock’s most famous voices) can’t help but focus on the vocals as singer Harry Conklin often sounds eerily like the late great Ronnie James Dio. With that ace in the hole, it doesn’t matter much whether the music here is leaning towards that of Dio, Iron Maiden or even Guns N’ Roses; melodic metal fans are going to gobble this one up.

The Scourge of the Light is currently available.