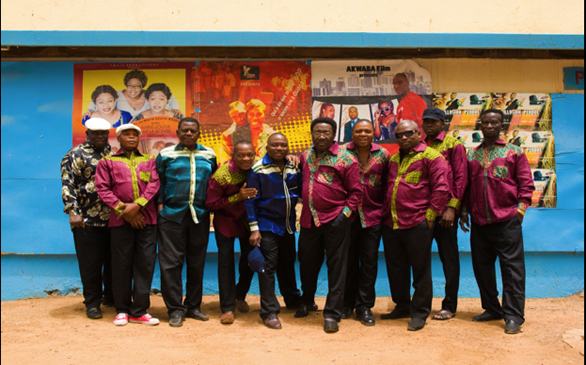 Perhaps inspired by all the hoopla driving the current interest in the music of the late Fela Kuti, fellow West Africans Orchestre Poly-Rythmo have come out of a 20-year retirement to record Cotonou Club. The Benin-based big band that few Americans have heard of until now should have no trouble appealing to the Fela fan base; with a bold brass section and a penchant for going off on jazzy tangents, there are many similarities between Kuti’s work and songs like “Ne Te Faches Pas.”

About half the album swings this way, but there are also pan-African sounds to be heard on the Zulu-ish “Ma Vie,” the heavily percussive Afropop of “Gbeti Madjro,” an Orchestre Poly-Rythmo blast from the past redone here with Angélique Kidjo, and standout track “Mariage/Ou C’est Lui,” a fascinating stew of African styles featuring Malian singer Fatoumata Diawara. “Von Vo Nono” uses instrumentation that Santana nicked for many of his hits, and “Pardon” sounds a lot like Creole music straight out of Louisiana; Western listeners may not realize that Africa is the origin of these distinct sounds. Bonus track “Lion Is Burning” features the band jamming with Franz Ferdinand.