Group Texting: The Next Tech Evolution 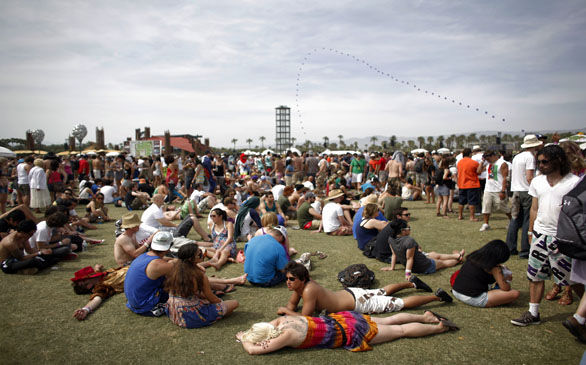 What haven’t we experienced in technology? It’s just crazy the way communication continues to change and evolve. I can bet you that right now by the time you’re finished reading this sentence, a new app has been developed for an iPad or a mobile phone. It’s just crazy how fast people come up with new ideas that change the way we communicate with one another.

Yes, we can sit down at our desk (or favorite coffee shop like me) and turn on a computer, but now tech developers are thinking wireless, communication anywhere and everywhere.

Just the other day, I was riding the Metro Gold Line and checking both my work and personal e-mails, my Facebook and reading the latest The New York Times ... all on my phone! It’s pretty amazing at how far we’ve come, and how the simplest of ideas can turn into big money-making discoveries.

This past month, press from all over the country seemed to be fixated on the concept of group texting as the newest (and biggest) trend hitting mobile technology. From CNN, The New York Times, Fast Company and TechCrunch, media continue to tell the same story about GroupMe and other smartphone group texting applications that have hit the market.

(It may also help that GroupMe had a featured booth at the infamous South by Southwest Festival in mid-March, a renowned music and tech festival that helped launch Twitter and Foursquare. Big deal for a startup company, right?)

Jared Hecht is a co-founder of GroupMe, which he started after his fiancée needed a better way to coordinate with her friends at Red Rocks Music Festival. So Hecht called co-founding partner Steve Martocci, and in 24 hours they created a prototype for GroupMe.

So what is GroupMe exactly? It’s a free application. Think mobile chat room wherever you go, even in a location without Internet service. When you send one message out, the same message automatically gets sent out to a group of people. People can coordinate and converse with each other all by smartphone. To get the cool features of the app you have to have an Android, iPhone or Blackberry – all other phones are just not worthy, but wait…

The cool thing about GroupMe is that messages can get sent via SMS text message, which is great when you’re lost in the woods with no Wi-Fi or simply have a really old phone which texts.

GroupMe isn’t the only one in the market vying for venture capital and mad respect from the community. Other similar apps like PingChat!, Yobongo, Kik, Fast Society or Beluga (which was just acquired by Facebook, showing just how big group texting has become) have a similar “group chat” concept.

And this is great when you think about how we communicate with groups currently. Communicating one-on-one we’ve got down, but groups are a different story. The only thing close to a real group conversation, without actually having to be in the same room, seems to be the local Twitter feed or Facebook wall. Even that gets a little sketchy when it comes to personal matters. Plus, you have to sift through all the chaos and spam. Who has time when suddenly you need to gather the forces for a last-minute meeting?

I’m totally liking this concept of group texting. For GroupMe, there are even unique features such as conference calling and map locations of everyone in your group.

For students, this is a great way to organize study sessions, meet ups and have group discussions while on the go. For groups going to events together (like say … Coachella), everyone can keep tabs on each other as you separate, instead of having to do the old phone tree method of you call Sam who calls Amy, who calls Bob, who sends a text message to Jill and Sara, who are too busy to check their messages.

With these group texting applications, everything happens in real time, period. Communication is changing, people; time to get with the program.