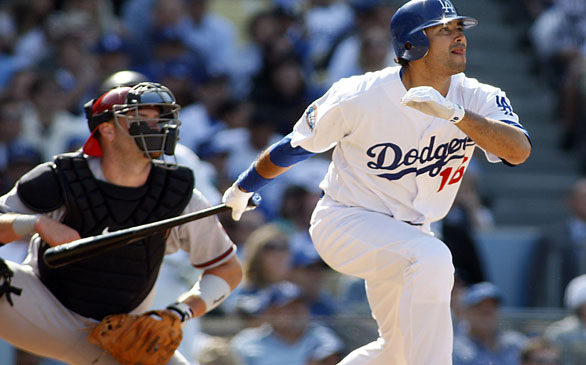 There is a lot of hype for the Los Angeles Dodgers’ 2011 opening day game against the 2010 World Series Champs, the San Francisco Giants.

It could be because of the intriguing pitching matchup between aces Clayton Kershaw and Tim Lincecum. But it can also reflect on what the Dodgers will start offering and producing to the L.A. fan base after a poor 2010 showing.

Last year, the Dodgers finished two games below .500 at 80-82, landing in fourth place in the National League West. They did not make the playoffs. They traded Manny Ramirez, and now Joe Torre has retired.

Former hitting legend Don Mattingly is now the manager, and as he approaches his first season of managing, Mattingly does bring something that Torre could not offer. With no disrespect to Torre, Mattingly is younger and might connect better with the players.

At 49 years of age, “The Hit Man” sure has his hands full. One thing is certain, however, after he announced Kershaw as his ace early in spring training: Kershaw, who is 22 and has two years remaining before becoming arbitration eligible, is their No. 1 go-to pitcher.

Kershaw possesses the necessary tools to be called a true ace, especially with “Public Enemy No. 1” (a devastating curve ball that hitters can rarely hit). In 2010, he led the Dodgers with 13 wins, 212 strikeouts and an ERA of 2.91.

Arguably, this is one of the deepest starting pitching staffs that general manager Ned Colletti has assembled in his career. The Dodgers even have right-hander Vicente Padilla as a potential starter, but he will most likely see innings as a reliever.

Yes, Mattingly is inexperienced at managing, but his six All-Star appearances, nine Gold Glove Awards, three Silver Slugger Awards, 2,000-plus hits and one-time AL MVP honors speak for themselves. Sure, Mattingly’s inexperience will certainly hit the down side at times this upcoming season, but he has enough knowledge and fuel in his system to surpass expectations while surprising many as a potential National League Manager of the Year contender.

Mattingly’s starting pitching is set, and so are the relievers. However, one question does remain unanswered. Will power pitcher Jonathan Broxton ever find his true closer form on the mound? Quite frankly, Mattingly might be as perplexed as you or me about the answer to that question.

Broxton, 26, can only recover from past mental lapses if, and only if, his confidence comes back. We can rest assured that Mattingly knows this and will attempt to revive this young gun into a deadly weapon. Ultimately, the process truly lies with how Broxton approaches the situation. If all goes bad, the Dodgers have Padilla, Hong-Chih Kuo or Curacao newcomer Kenley Jansen to step into that situational role.

Kuo pitched in 56 games last season, made 12 saves, collected 73 strikeouts and recorded a 1.2 ERA. The lefty is as dominant as they come. Broxton, on the other hand, had 22 saves, but the 4.04 ERA is what worries many.

The Dodgers are awaiting other questions to be answered. Can right fielder Andre Ethier step into a leadership role? Will center fielder Matt Kemp return to top form both defensively and offensively? And is the ongoing legal fight over ownership going to serve as a distraction to the rest of the organization? The answer is yes to all three questions.

During his third season as a full-time starter, Ethier had a .292 batting average, 23 home runs and 82 RBI on 151 hits. Yes, his stats dropped from 2009, but he missed a lot of games last season due to injury.

Ethier can be the leader the Dodgers need, both statistically and vocally. He has the will and skill to do so. In fact, he admits it.

“I think that’s what we’ve been lacking here to be successful. We’ve always had the personnel and players to be successful,” Ethier said to the Los Angeles Times back in late February. “We lacked the sturdy head figures. You look at all the best teams, that’s what they have.”

At 28, Ethier is the Dodgers’ best all-around hitter even as a lefty. His 2009 stats read 31 home runs and 106 RBI. And he believes in himself, which is very important.

“I believe in my head I’m a really good player, I’m a great player,” he added. “You overlook yourself as a presence on the team. I have to come to grips with that and accept that.”

Ethier’s success may very well depend on how Kemp rebounds from a poor 2010 season. He struggled at the plate and on the bases, not to mention defensively.

Kemp, who is no longer dating pop star Rihanna, looks very thin this spring training after having lost nearly 15 pounds. Part of that weight loss was because of his attempt to modify his approach toward playing baseball.

Kemp was one of two outfielders to play all 162 games last season, along with Seattle Mariner Ichiro Suzuki. Kemp posted 28 home runs, 89 RBI, 82 runs scored, but with a troubling batting average of .249.

“You look at a guy who’s 6-foot-4. He can run, and he throws good; he has power, and he’s hit for average. And he steals bags, too. You see all these pieces,” Mattingly remarks. “But that ‘potential’ word is dangerous, because with guys like this, people will say whatever they do isn’t good enough. I saw it with Darryl Strawberry in New York. It’s tough for guys coming in with these kinds of labels.”

This is his year, however. Kemp looks speedy, healthy, motivated and hungry.

“People make mistakes. Of course, I’m not going to be perfect. But I want to try to be as perfect as I can be,” Kemp states.

Mattingly has kept a good eye on both Ethier and Kemp this spring.

“Matt has been good, and Dre was actually swinging the bat well the last three or four times out,” Mattingly states to ESPN.com. “His contact point has been better and his at-bats have been better. Dre really isn’t a guy I worry about, and I really don’t worry about Matt, either.”

But what about the other bats? Shortstop Rafael Furcal and third baseman Casey Blake aim to produce their similar, if not identical, solidly consistent offensive production. Both Furcal and Blake, who may begin on the disabled list come opening day, are automatics at defense, but their offense can be in question due to their aging bodies.

This is where first baseman James Loney and new second basemen Juan Uribe, formerly with the Giants, fit in well. Loney’s potential is there, especially with a bat in his hands. Torre once compared him to the Yankees’ Bernie Williams, but Loney has yet to deliver on the expectations of the organization.

With Mattingly as his main coach now, the much-awaited production from Loney can finally arrive this year. He just needs to find a rhythm and should bat above par thereafter. He hit 10 home runs and plated 88 RBI with a .267 batting average.

Nonetheless, Uribe is the new bat on the Dodgers lineup that could truly solidify the run production now that Manny is gone. With the Giants last year, Uribe hit 24 home runs, averaged .248 in batting and drove in 85 runs.

If Uribe, along with Loney, Ethier and Kemp, hit consistently well, the Dodgers will contend for a playoff spot. More importantly, if the pitching staff performs at or above par, Los Angeles could see a World Series berth. Only the Philadelphia Phillies stand in their way.

Kemp aims to use the following strategy.

“I’ve pretty much grown up to hide my emotions for the most part. When I do something good, you’re gonna see I’m happy,” he says. “But when something is going wrong, I’m not going to get crazy and slam my helmet or whatever it is that some people do. I’ve never really been like that. Your opponent wants to see you frustrated. And I don’t want them to think I’m frustrated when I’m not.”

Kemp and the Dodgers face their archrival Giants Thursday, March 31, at Dodger Stadium on opening day. Kershaw is scheduled to throw the first pitch at 5 p.m.