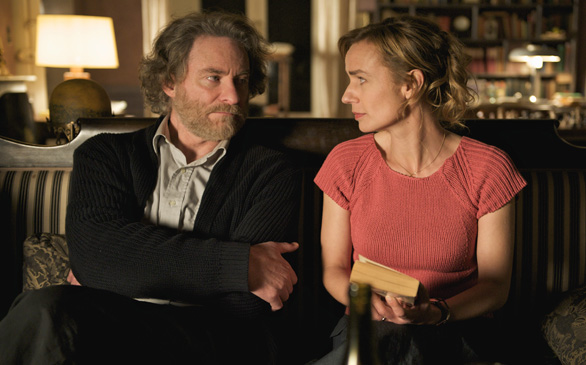 As the name implies, Queen to Play (or Joueuse as it’s known in its native French) is a story about one woman’s quest to find herself by taking up the game of chess. Though there have been a few films that have taken on the subject, like Searching for Bobby Fischer, chess is a difficult and intimidating game that most audiences find boring or confusing when incorporated into a feature-length movie. Known as a tricky game of strategy, chess requires experience and intelligence, if not genius.

In Queen to Play, Hélène (Sandrine Bonnaire) is an overworked maid for a local bed and breakfast, though she does clean for private houses as well. She is in a dwindling marriage to a hardworking man who doesn’t bring home as much bacon as the family could use. Hélène is first intrigued by the game when she catches a mysteriously sultry guest of the hotel playing it with her significant other. This causes her to buy the board game for her ungrateful husband who has no interest in learning it.

Which is why they start fighting, and she begins to come home later and later. She is having a chess affair with Dr. Kröger (Kevin Kline) who is also one of her clients. He teaches her the ways of the game that no instructional book can offer. In turn, he is brought out of his curmudgeonly shell. They aren’t doing anything but playing chess, but when friends start to assume more is going on, Hélène makes the choice to save her marriage at the price of her passion.

Eventually, it becomes clear that she can’t stay away. Kröger feels that she is good enough to enter a tournament, the prize being some 1400 euros (over $2,000). Up against only male competitors who have been playing for decades, Hélène is most certainly the one to beat.

Co-written and directed by Caroline Bottaro, Queen to Play is a sweet and endearing foreign language film that isn’t purely centered on the game. Like all great dramas, it allows the game to be another character, to be the sidekick. In this case, Hélène is the lead who, played by Bonnaire, is someone we enjoy watching. Kline doesn’t do too badly with the French, and he plays his character with the utmost sincerity. Overall, the game may not be what draws you to watch, but the characters and their plight are more interesting than many of the films in our theaters at the moment.