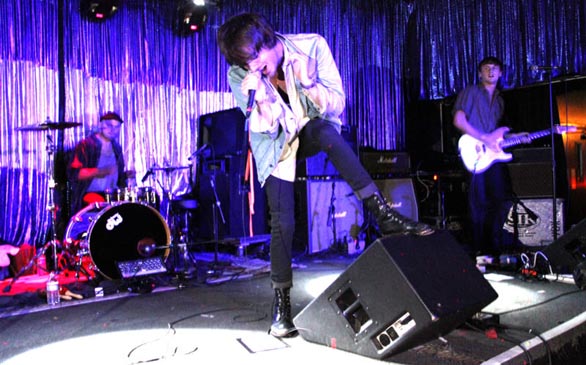 Coming all the way in from New Zealand and making a quick stop at South by Southwest followed by a show at the Satellite, Kids of 88 made quite the appearance. The crowd felt like they had time traveled to a 1980 electronic new wave show.

Singer Sam McCarthy was dancing his heart out, jumping off the stage into the middle of the dance floor and really getting into the groove. Jordan Arts, the keyboardist, was playing the upbeat tunes and jamming out as well.

The synth-pop band kept the energy in the crowd high with their rhythmic drumbeats and catchy lyrics. This blast from the past ended with the hit song, “My House,” which had the crowd singing along. With their recent EP, Just a Little Bit, the funky electro-pop band will definitely bring more dancing and time traveling along with them to their upcoming shows.