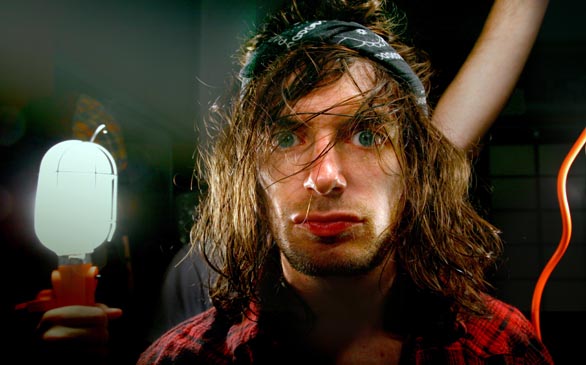 While the legality of making a living from looping samples from Miley Cyrus with the Aphex Twins may be in a bit of a grey area, the sold-out performance of Girl Talk should alleviate any financial troubles. The packed arena was brewing with energy as fans from literally all walks of life headed in. Teens, businessmen, adults and probably a few geriatrics dressed to the brim with neon tights and Kanye glasses led themselves onto the floor.

Opening acts Junk Culture and Max Tunda set a wonderfully low bar in terms of what was to follow with their extremely odd takes on electronic.

Girl Talk’s massive stage setup was dwarfed by a sea of fans who joined Greg Gillis on stage. His set was in a word, a party. Massive streamers, balloons, elaborate LED lighting and naturally a giant sea of dancing fans really set the mood for the event. His nearly two-hour set was packed with ample variety and his trademark mashups taken from his several full lengths.

High energy was the theme of the night, and you’d be hard pressed to find a single person in the audience not having an amazing time.