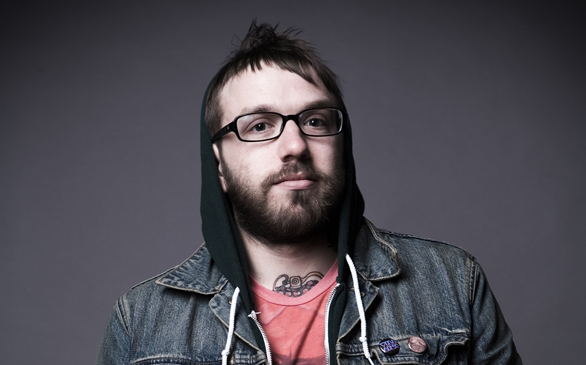 Though it has been nearly a year since City and Colour played an official L.A. show, it seems it was still business as usual for mastermind Dallas Green. And though he maintained his status quo for this tour, Green’s is still a business that’s very much worth investing in.

Playing most of the fan-favorites off of Bring Me Your Love, Green’s set was surprisingly light on older material or ace-up-the-sleeve surprises. From “The Death of Me” to “Waiting…” to “Body in a Box,” the setlist was slightly predictable for anyone who has been to Green’s last three L.A. performances, though that didn’t stop the rabid fan response to each song as he started.

While it would have been nice to hear some of the less-played but arguably more viscerally emotive tracks in Green’s oeuvre, the preview of new material from his forthcoming album more than made up for any shortcomings. “O’ Sister” made for one of the more poignant moments of the night, showing Green at his most vulnerably evocative while armed only with his acoustic guitar and hauntingly raw vocals as he stood solo on stage. It was a prime example of why Green is so revered by fans and peers, turning a very sold-out 700-person venue into the smallest, most intimate club in all of L.A. for that three minutes, where audience chatter was met with more sideways angry glances than one would garner for interrupting in church.

If the brief sampling he gave is any indication of what Green has in store for his next album, he’s going to need to find some bigger venues next time he’s out here. In which case, we’re happy for you Dallas, and we’ll let you finish, but really, could you just play “Confessions” and “Sensible Heart” next time?