Do Something Reel Film Festival: April 2-May 1 @ Various Locations 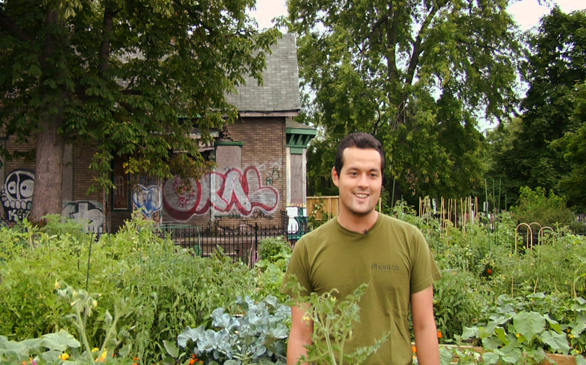 I just want to put this out there so that readers who don’t go out of their way spending surprising amounts of time, money and energy to attend a film festival will now be aware. There are certain misconceptions about attending a film festival. Certain press and entertainment shows (ahem, “E!”) glamorize everything, so it shouldn’t really be a shock to find that film festivals are not all celebrities and movie hopping and dining in the swanky parts of Park City or Cannes or Toronto.

I was recently in Austin for the South by Southwest Film Festival, and I had an amazing time. I loved the mood the city set for the festivalgoers, the way that 6th Street was overtaken by people proudly wearing their badges and socializing with each other in local bars. The festival itself and the people who attend are not what must be factored into the hardest part of attending a film festival. These are elements that become tricky.

First, creating your schedule. Major festivals screen hundreds of films over the span of a week or two. There are plenty of films that have already been hyped out of the water, and there are the big studios that are premiering their star-studded blockbuster hit or low-budget comedy they developed through their independent film branch. Typically there are one or two documentaries that are worth seeing, and it’s worth it to attend at least one seminar, even if the topic is completely out of your area of study.

So you’ve narrowed down your list of films, the pick of the litter, the ones you cannot wait to be bought by a distributor and released in theaters to see. Once you have that list, you still must take into consideration the times they are showing. Maybe you won’t be in town for some of the showings, but most likely you will have several that conflict. It’s always a tease when one film ends just five minutes after another begins. And even if you wouldn’t mind missing the first few minutes, these films are shown in different theaters all over the city, not just in one large cineplex.

You’ve managed to get your schedule together of the films you are going to see, but you may also want to keep a list of those you’ve sacrificed because of their conflicting showtimes. The second hardship for a festivalgoer is the line. Just because you have a press badge or you’ve paid for a badge does not mean you are guaranteed entrance into any movie you feel like seeing. If only it were that simple. Every festival runs a little different, but on the whole, getting into a screening takes time. You would think you could technically fit five films in one day, but realistically that number is more like three. Such a rough life us film nerds lead.

What has become more of a trend for big festivals like Sundance and Tribeca is to have outreach programs that screen a few of their films in other major cities. Well, the Whole Foods Market Do Something Reel Film Festival is taking that idea a step further. Beginning Saturday, April 2, and running each weekend into May, this new festival will allow audiences across the country in 70 markets to participate in local screenings at the same time. The festival will premiere six environmentally themed documentaries in several U.S. communities, including our very own Santa Monica, Pasadena, Encino and Claremont. The theme of the festival, if you couldn’t tell, is to raise awareness for issues and programs that take care of our environment and our bodies.

Mark MacInnis is a director from Santa Monica who has a film in the festival, Urban Roots. George Langworthy and Maryam Henein are also from Los Angeles and have co-directed a film, Vanishing of the Bees, that is included in the film lineup. April is Earth Month, so there couldn’t possibly be better timing. And with 2012 right around the corner, it’s about time we shape up and act like we care a little about our health, our body and our world.