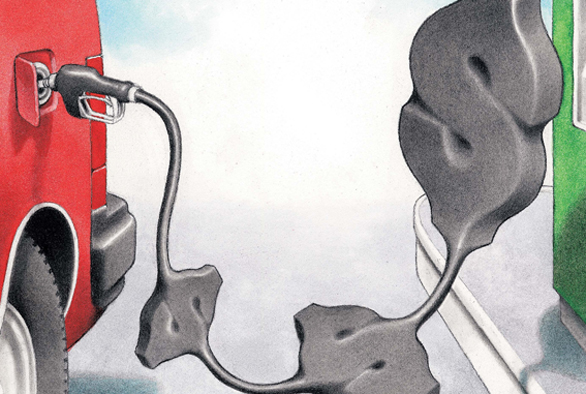 Employers added a robust 216,000 jobs in March as the unemployment rate dipped to 8.8 percent, the government said Friday in a better-than-expected report that showed the U.S. economic recovery is overcoming the headwinds from rising food and fuel prices.

In the best jobs report yet during the skittish recovery, the Labor Department said that private-sector employment actually rose by 230,000 during March. The broader employment numbers were dragged down by a net loss of 14,000 government jobs across the nation.

"The job market is kicking into full gear. Job growth has accelerated to 200,000 per month, which is sufficient to meaningfully bring down unemployment," said Mark Zandi, chief economist for forecaster Moody's Analytics. "It is also encouraging the job growth is increasingly broad-based across industries. Only state and local governments are laying off workers."

Temporary employment, usually a harbinger of future hiring, also was up by 28,800 jobs. Even if March numbers are repeated in the months ahead, it will take a long time to erase the 8 million job losses suffered during the Great Recession of 2007-2009, the worst since the 1930s. But March suggests the recovery is taking root.

"The numbers were solid, indicating that business confidence is improving to the point where hiring is beginning to step up," said Chris Varvares, president of forecaster Macroeconomic Advisers. "Numbers like this will generate income, increase confidence for consumers, and are the kinds of numbers we need to see on an ongoing basis to have the self-sustaining recovery and expansion that is in our forecast."

Even though the report arrived on April Fool's Day, Friday's numbers were no prank. They followed by a day the close of the first quarter of 2011, when U.S. stocks surged on expectations that the U.S. economy is getting its game back.

The benchmark S&P 500 gained 5.4 percent in the first three months of 2011, the Dow Jones Industrial Average was up 6.7 percent, its best quarter since 1999, and the tech-heavy Nasdaq composite rose 4.8 percent.

"The full percentage point drop in the unemployment rate over the past four months is the largest such decline since 1984, and, importantly, it has been driven primarily by increased employment, rather than people leaving the labor force," Austan Goolsbee, head of the White House Council of Economic Advisers, said in a statement. Still, he cautioned that "there will surely be bumps in the road ahead."

Going forward, economists will be closely watching for signs of how oil prices anchored above $100 a barrel affect consumers, who account for two-thirds of U.S. economic activity. Several measures of consumer confidence soured sharply in the latter half of March as oil and gasoline prices soared.

"Higher energy and other commodity prices are the most serious threat to optimism regarding the job market and broader economy. Oil prices much above current prices for more than a few weeks will do serious damage," Zandi warned.

Higher gasoline prices are like a tax on consumption. Shoppers may cut back on their purchases of other goods if pump prices remain high. The AAA Motor Club said the nationwide average price for a gallon of unleaded gasoline stood at $3.61, up from $3.38 a month ago and $2.80 a year ago Friday.

"While consumption has been improving in recent months, the weak growth in income coupled with the ongoing rise in gasoline prices could prompt consumers to cut back on more discretionary purchases," said a Bank of America Merrill Lynch Global Research report Friday.