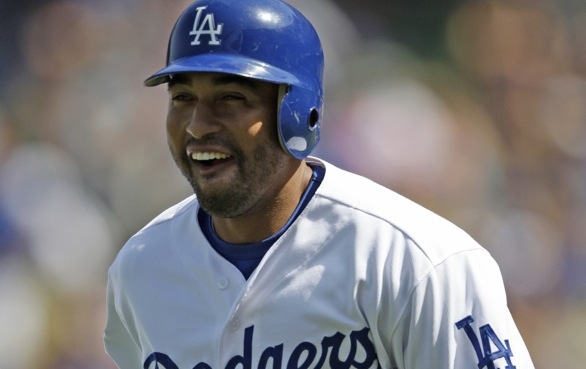 He lost 15 pounds in the off-season. He regained discipline on the field. And he is no longer dating popular singer Rihanna.

He is Matt Kemp, the 26-year-old starting center fielder and cleanup batter for the L.A. Dodgers. Kemp has elevated his game in four games thus far this season.

After playing in four contests against the visiting and defending World Series Champions San Francisco Giants, Kemp is looking better than ever. He carries a batting average of .417, one home run, three RBI, four runs scored and one stolen base.

Kemp has been in the mix of every prominent offensive moment, and now the Dodgers are 3-1 sitting atop of the NL West after taking three of four games from their archrival Giants.

In the series finale Sunday evening, Kemp blasted a two-run homer to left field off former Cy Young winner Barry Zito in the first inning. Already with a 1-0 edge and infielder Jamey Carroll on third fresh after an RBI triple, Kemp swung on Zito’s first pitch – an 84 mph fastball down the middle of the plate.

“I missed a couple of pitches into [Rafael] Furcal and Kemp, and that’s where I got hurt,” Zito says.

Shortstop Furcal had singled before scoring on Carroll’s triple to right field.

New manager Don Mattingly was pleased with the 7-5 victory after his team had lost 10-0 Saturday afternoon.

“I like the way we bounced back,” he says.