Galaxy Back to Winning Ways 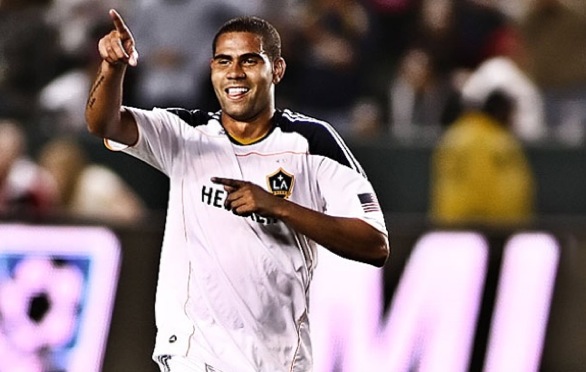 “Well, I think we clearly earned the three points,” Galaxy head coach Bruce Arena says. “We had a good goal in the first half and some good chances in the second half.”

With the victory, the Galaxy attained three points and are now 2-1-1 with seven points in the Western Conference. Only the Colorado Rapids (3-0, nine points) place ahead of them.

Playing central midfielder for an unusual time, Englishman David Beckham curled in a well-placed free kick into the box to find a jumping Leonardo, who headed the ball into the back of the net past Colombian goalkeeper Faryd Mondragón in the 33rd minute.

“I’m very happy tonight,” Leonardo explains. “I scored my first goal, which was dedicated to my mom because it’s her birthday, and for getting to start tonight. The most important thing though is the three points we earned.”

That is the only score the Galaxy netted the entire game, which featured 11 issued cards, including two red. Midfielder Chris Birchall received an ejection for head butting Union striker Carlos Ruiz with 35 minutes left in the second half.

“It wasn’t a game that demanded a lot of cards. I don’t think the referee had good judgment tonight in terms of how he issued cards,” Arena adds. “I don’t think any of the red cards were warranted. This is what we have to deal with.”

Beckham admits that the team needed the win after a horrible 4-1 loss to Real Salt Lake in Utah last week.

“The performance tonight was more important that anything else,” he says. “We wanted the three points of course, but after the embarrassment of last week our performance was the important thing.”

Los Angeles begins a three-game road Saturday, April 9, as they visit D.C. United for a 4:30 p.m. kick-off before heading to Toronto FC territory, followed by Chicago.