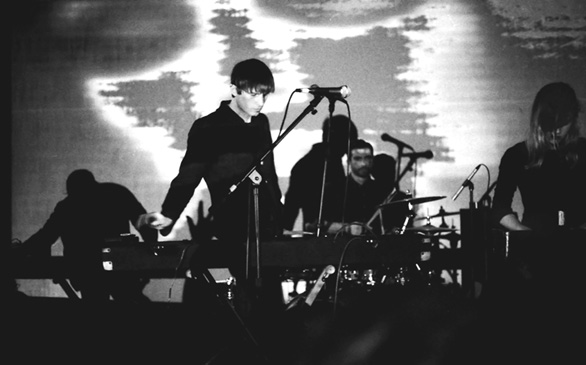 Cold Cave’s 2009 release Love Comes Close was an adventure in British synth-pop with singer Wesley Eisold channeling both the perky sounds of bands like the Human League and the darker oeuvre of any number of shoegaze outfits. That’s all fine and good, but Eisold is a Yank. And with the release of Cherish the Light Years, he has the stated goal of trying to make Cold Cave sound more American despite his affection for Brit musicians.

In that respect, he’s not entirely successful unless his idea of Americanizing the New Order-like melody of “The Great Pan is Dead” is singing over it frantically, almost to the point of being grating. That case of trying-too-hard is isolated though; when Eisold relaxes for the very hooky “Confetti,” he comes up with a sparkler where synth riffs and beats come swirling down, causing spontaneous joy just like a burst of the party favor the song is named after. “Alchemy and You” sounds like something the Killers might do, but really that is the only hint of anything American sounding here; even “Underworld USA” smacks of Depeche Mode.

But does the listener really care what country this music leans toward? The bulk of Cherish the Light Years is fun stuff for listening and excellent for dancing.