All Good Things, I Love You Phillip Morris and More 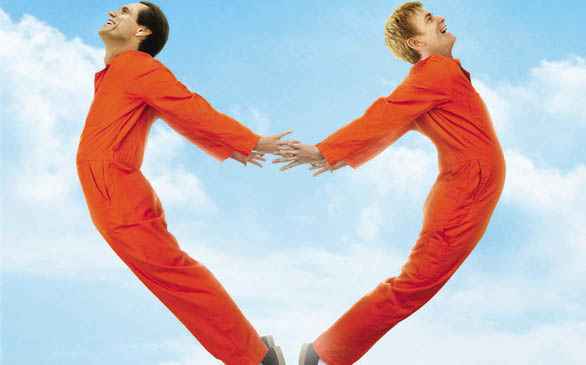 Jim Carrey and Ewan McGregor in I Love You Phillip Morris

The Majors: All Good Things stars Ryan Gosling and Kirsten Dunst in a murder mystery so bizarre it has to be true. Andrew Jarecki (Capturing the Friedmans) is the perfect director to bring to the screen the beguiling true story of real estate heir Robert Durst and his wife who disappeared in 1982 never to be found again. Durst also provides a commentary track.

Who better than Kevin Spacey to play disgraced lobbyist Jack Abramoff? Casino Jack is a comedic take on the corrupt powerbroker as he buys Congress and swindles Indian gaming tribes.

The third installment of C.S. Lewis’ fantasy classic comes to life in The Chronicles of Narnia: The Voyage of the Dawn Treader (available April 8). The Pevensies reunite with Prince Caspian in Narnia for a sea journey to the edge of the world. Michael Apted directs.

The Idiotbox: One of TV’s best dramas, “Friday Night Lights” hits DVD for its fifth and final season. Centering on a small Texas town where high school football is everything, the ensemble series follows the coaches and players’ dramas on and off the field. It will be missed.

Stranger Than Fiction: Jonathan Rhys-Davies takes you behind the creation of the best-selling book the world has ever known, the King James Bible, in KJB: The Book That Changed the World. Davies is your guide to historical landmarks and artifacts while the events surrounding the book’s birth come to life through dramatizations. It’s a fascinating journey for believers and history buffs alike.

Funny Business: Jim Carrey is a small-town family man turned charismatic homosexual con man in I Love You Philip Morris. After a car accident changes his perspective, Carrey decides to live it up, landing in prison where he falls for a naïve inmate (Ewan McGregor) and decides to break him out so they can start a life together.

Ben Stiller and Robert De Niro are back in Little Fockers, the third installment in the comedy franchise. Now with two little ones relying on him, Greg has to prove to his ex-CIA father-in-law that he can take over the reins as family patriarch. Joining the returning cast are Laura Dern, Jessica Alba and Harvey Keitel.

Under the Radar: teen satire Devolved

Blu Notes: It’s hard to believe it’s been 15 years since Wes Craven took irony to a new level, deconstructing the slasher film in Scream. Before checking out Craven’s return with the fourth installment, bone up on Sidney Prescott’s twisted family history with the original trilogy on Blu-ray.