Ceremony: A Wink(ler) and a Nod to Classic Literature 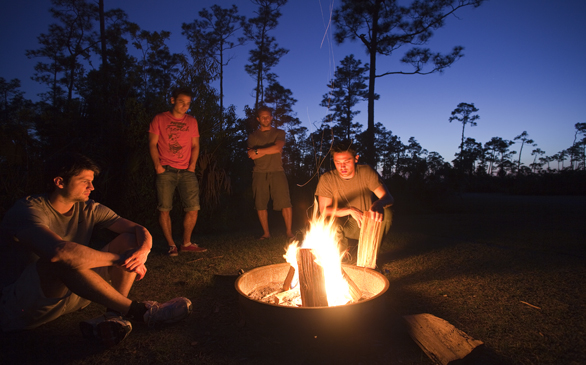 Writer-director Max Winkler on the set of Ceremony.
(Credit: Courtesy of Magnolia Pictures)

Woven with elements of The Catcher in the Rye and The Great Gatsby and infused with a Wes Anderson sensibility, first-time writer-director Max Winkler charges out of the gate with his debut feature, Ceremony. Written in just two weeks spent holed up in his friend Jason Reitman’s office, who would become the film’s producer, Ceremony is about a young man (Michael Angarano doing something of a Sam Rockwell impression), who crashes the pre-wedding festivities of his crush, Uma Thurman, and her pompous, posturing fiancé, Lee Pace.

Winkler, the son of Henry Winkler, aka the Fonz, was just 25 years old when the film went into production. Two years later, at the Four Seasons Hotel, looking like a hybrid of Anderson and Spike Jonze, dressed in a tan suit that could have been stolen from Fantastic Mr. Fox, the talented young hyphenate, who admits he finds every aspect of writing torturous but all the elements of directing transcendent, sat down with his stars to discuss making his first feature.

Asked about the Gatsby and Anderson tones of his film, Winkler admits he was influenced by “everything from the Marx Brothers to Hal Ashby to Mike Nichols. Woody Allen calls it ‘The Anxiety of Influence.’ You grow up loving movies, and those movies that make you want to make movies get inside of you and hopefully never leave. I hope to make movies that are love letters to what came before me.”

Thurman, wearing a grey suit over a beautiful flowing white lace blouse that was a Christmas present from Givenchy, adds, “You could say there’s Robert Altman, there’s Woody Allen, there’s Great Gatsby, there’s a touch of Holden Caulfield, a very strong touch,” she smiles. “It’s all the things that influenced Max. That’s why I think the film is so special, and the characters are so real and vivid; it’s written in a very honest fashion. It’s someone sharing with you their vision of life. I read Max’s script, and I knew right away he had to have a lot of emotional intelligence and be very bright and sophisticated. He had me by page two.”

Winkler reveals that the story, though not autobiographical, was “really personal for both [me and Michael]. It’s a portrait of a reckless, heartbroken man that was written by one and played by one.”

Heartbreak isn’t the only thing Angarano and Winkler share. Seated next to each other, they frequently erupt with playful banter as if no one else is in the room.

“I think they’re really in love with each other,” Thurman offers warmly, knocking the guys back to reality so they can drench their co-star in compliments, all of which she bats away as if she were shooing flies.

“Uma walks into a room, and there’s a glow around her,” Angarano begins.

“Yeah,” Winkler jumps in. “We’re used to seeing her kill 200 ninjas with a samurai sword and have blood on her, but in actuality she has that glow about her that she also has in the movie. She has that extra thing.”

“It’s like she floats when she walks into a room,” Angarano continues. “She’s truly one of the underrated actresses of our generation. To see her play a character that’s so similar to her own personality and being as sensitive and smart and neurotic—”

“And funny,” both men offer in unison.

“She was a breath of fresh air,” Angarano says.

For Winkler, having a star of Thurman’s caliber or a crew looking to him at every moment was all part of the fun on set. Asked if his father prepared him for what being a director would mean, Winkler laughs and reveals his father’s main concern was that he “was wearing comfortable shoes on set. He was very concerned about my back because I don’t like to sit down very much, and you don’t sit down at all when you’re directing—”

“‘Max, I’m very concerned about your back,’” Angarano imitates.

“So he took me to the New Balance store and got me shoes that I never wore because they were so ugly,” Winkler grins. “We edited the movie in my childhood bedroom, so you’d want to be as much of an adult as possible because studio people would be in there and my dad would walk in, in flannel pants and his fishing hat with, like, a chocolate cake for everyone. It was hard to continue my myth of being an adult when that happens.”