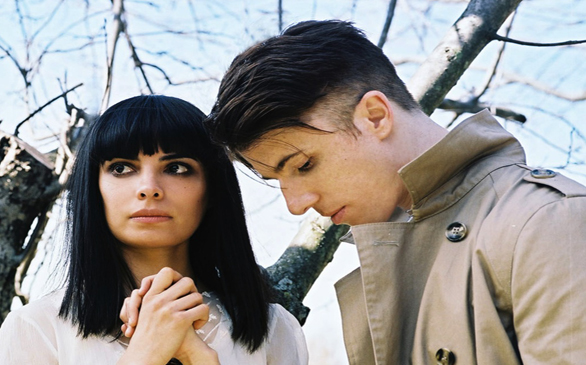 All proceeds from Benefit for the Recovery in Japan, a two-CD compilation featuring an eclectic lineup of 64 acts like School of Seven Bells, Bear in Heaven and Warm Ghost, will be donated to Civic Force, a Japanese not-for-profit that’s working to provide emergency aid in the wake of the country’s recent earthquake and tsunami. Just a few of the other artists donating tracks to the project are Grouper, Ben Frost, Zeena Parkins, Totem Test, Sylvain Chauveau, Lau Nau, Giant Sand and Water Fai; there are nearly five hours of music altogether. More information can be found on the Benefit for the Recovery in Japan page on Facebook.

Gwar has been nominated for a Revolver Golden God Award and frontman Oderus Urungus has pledged to have sex with anyone who votes for the band during online balloting.

“It will all be arranged through the interweb and on the next tour I will personally meet our supporters out behind the trash dumpsters and do whatever they want,” enthuses Urungus.

Guitarist Balsac the Jaws of Death isn’t shocked by his lead singer’s desperate bid for publicity, even saying that the behavior is normal for Urungus. “Oderus having sex with the fans behind the dumpsters is nothing to brag about – it happens all the time. But please, please, don’t let Sevendust beat us.”

You can cast your vote at revolvermag.com/beta/goldengods/voting; collecting your “reward” is up to you.

“Coachella is approaching quickly and we couldn’t let the festival pass without dropping our annual Coachella mixtape,” says Alex Fitts, one half of the Kickdrums. “This edition features some of this year’s top acts and most exciting new artists blended from beginning to end. We hope this mix prepares you for the three-day event and accompanies you throughout the trip and after.”

In the mix are Kanye West, Cold War Kids, the New Pornographers, Tinie Tempah, Lauryn Hill, Kings of Leon, Black Kids featuring Lil Wayne, Cut Copy and, of course, the Kickdrums. The mix is free and available at thekickdrums.com.

3OH!3, A Day to Remember, Travie McCoy, the Devil Wears Prada and Asking Alexandria are the main stage headliners on this year’s Vans Warped Tour. The caravan gets rolling in Dallas on June 24 and as usual, there are two area stops along the way: the Fairplex in Pomona July 3 and Cal State Dominguez Hills in Carson towards the end of the tour on Aug. 10. Unwritten Law, D.R.U.G.S., Yelawolf, Less Than Jake, Pepper, Eyes Set to Kill, Foxy Shazam and Big Chocolate are just a few of the dozens of other acts also scheduled to appear. Ticket information and the full list of confirmed bands are at warpedtour.com.

Rock band Revis has reunited after an eight-year hiatus, and they’ll be previewing their May 20 release Do We Have to Beg? with a free show at Club 1616 on April 14.

Los Angeles-based folkie Mariana Bell has a new release called Push dropping on May 10, and she’ll be celebrating the album with a show at Room 5 on April 8.

Quite a buzz is building around Los Angeles bilingual singer Gaby Moreno, especially now that her new one Illustrated Songs has dropped. Latina Magazine has named Moreno as one of the best Latin music performers in the world; hear for yourself when she plays the Bootleg Theater on April 29.

SoCal “indietronic” band White Apple Tree has an international hit single on their hands; “Snowflake” is on the soundtrack to the German indie blockbuster film Kokowaah that sold a million tickets on its opening weekend. White Apple Tree’s next area appearance is at the Echoplex on May 6.