Lakers Prepare for the Playoffs 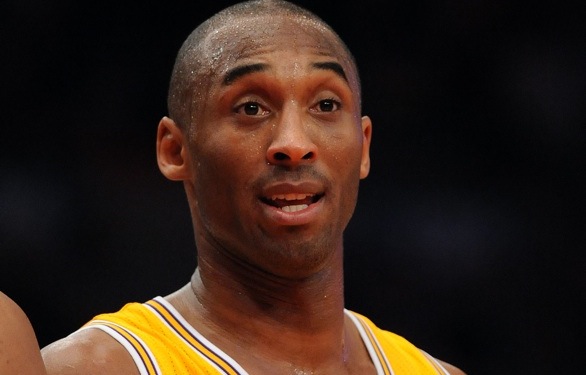 Kobe Bryant showed aggression against the Thunder, which will be key to postseason wins.
(Credit: Christopher Pasatieri/Newsday/MCT)

Although the Los Angeles Lakers currently have a five-game losing streak, forward Lamar Odom still has something to smile about.

The Lakers latest loss came at Staples Center against the visiting Oklahoma City Thunder. Everything seemed to be going well, that is, until the fourth quarter. The Thunder simply took over and handed the Lakers their fifth straight loss.

Head coach Phil Jackson has not been pleased with the squad’s performance of late.

“The measure of success is what you’ve just recently accomplished,” he says. “Right now, we’re back in the middle of the pack.”

Sure, the public is worried about the Lakers. Heck, even the organization itself is probably, along with Jackson. But it seems like the players are not. At the end of the day, they know they can compete and, thus, defeat any team in the league.

No one worried when the Lakers began the second half of the season after the All-Star break at 15-1. But then losses came. They no longer can catch up to the San Antonio Spurs for the top seed. And now, the Lakers have the Dallas Mavericks and Thunder at their backs fighting for second place in the Western Conference. The Lakers have two games remaining, and they know that as long as they capture second place, they will be more than OK once the postseason begins.

The most positive thing that can come out of this five-game losing streak thus far is that it will not happen in the playoffs. The Lakers know better. Kobe Bryant will not let the team experience that. His leadership will prevail en route to the three-peat.

“Maybe it puts us in the situation where we have to [win], and we haven’t been in that in a long time,” Odom says afterward.

Bryant posted 31 points against the Thunder, while Pau Gasol collected 26 points and Andrew Bynum had 12 points and 13 rebounds. Although the Lakers suffered a defeat to a young, energetic Oklahoma City team, good things happened.

Bryant went through a scuffle with Thunder center Kendrick Perkins, who recently called out Jackson, Bryant and Gasol. No Laker player appreciated his comments. No Laker player tolerated that Sunday night.

Bryant certainly did not back off Perkins despite his height, weight and strength advantage. What was nice to see was Bynum’s aggression against Perkins, particularly when throwing the basketball to his chest in the last few minutes of the second quarter before he received a technical foul.

All along this season, the Lakers have been targeted as the team to beat, as the squad to punish for what they have done the past two seasons. Let’s face it: No one likes the Lakers. Why? Simply because they have the best team in the NBA, and the players turn it on whenever it is necessary.

This is why there is no need to worry once postseason play initiates. Likely to receive the No. 2 seed in the Western Conference, the Lakers will most likely play the Spurs in the conference championship series.

And the Lakers do not care where they play – in Boston, Miami, Chicago, San Antonio or on the moon. The Lakers will not back down from competition once it truly means win or go home.

In their most recent loss against the Thunder, it is obvious that the Lakers did not display that type of playing character, but does it really matter? No. But it would have been nice for the team to win and thus enter the playoffs on a winning note, particularly with solid defense leading the way.

“We’re just playing horrible defense right now. We’re just making too many mistakes,” Bryant tells the media after the defeat. “The mistakes that we’re making are correctable, and a good practice session will correct that.”

Odom contributed seven points and two blocked shots on the day when he received his Team USA championship ring. Everyone enjoyed that moment, but it will be even sweeter when he wins the Sixth Man of the Year award and another NBA Championship.

“Yes, in order to win a championship you have to come through us, any team. We’ll fix it and find a way,” he says of the Lakers current state of confidence.