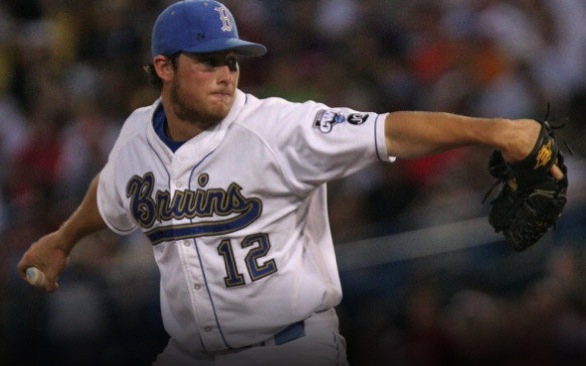 Both USC and UCLA took care of their respective Pac-10 weekend series, each winning two of three games.

The No. 24 ranked Bruins (16-11, 7-2) suffered a non-conference loss at UC Riverside April 5, but then grabbed two straight victories on the road over Washington State.

All three Bruin runs came in the third inning on two different doubles that plated one and two runners, respectively. Dean Espy had a two-for-four night with two RBI, while seven other Bruins each had one hit.

UCLA took the series Saturday with a 10-3 pummeling. Pitcher Trevor Bauer threw his second complete game of this campaign, fanning 15 batters, while allowing three runs on six hits and two walks. The Bruins collected three runs in the fifth inning, four in the seventh and three more in the eighth. Multiple players had RBI, but none more than Cody Regis’ four in a three-for-five game that included a double and one run scored.

After defeating the Loyola Marymount Lions 10-3 April 5, the Trojans continued their short four-game homestand entertaining the No. 11 ranked Stanford Cardinal. Friday’s game did not leave much to discuss, but the following two games did.

Having lost the opening game by a score of 8-1, the Trojans bounced back Saturday. Junior right-handed pitcher Austin Wood (2-5) lifted the pack in eight strong innings, surrendering just one unearned run in seven hits. Wood fanned a career-high eight batters in the team’s 3-1 victory. Offensively, Brandon Garcia went two-for-four with an RBI, while five additional players had one hit each for the Trojans. Chad Smith collected his fourth save of the year after one inning of relief duty.

USC (13-19, 4-5) plays Pepperdine Tuesday in Malibu before hosting Oregon over the weekend for a three-game battle.