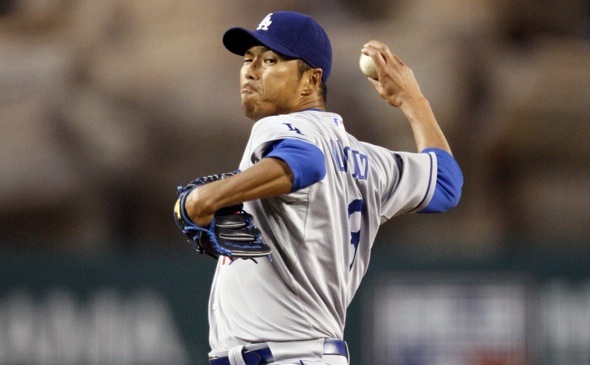 Japanese starting pitcher Hiroki Kuroda is tossing the ball like a true ace. He did just that in a Dodger 4-0 victory over the Padres in San Diego Saturday night.

Yes, the Dodgers received a win, but it was much more than that. They have found an ace who has been consistent in his two starts thus far. Against San Diego, Kuroda recorded 8.2 innings of work, allowing six hits and two walks, striking out four and completely shutting down the Padre offense to no runs.

Kuroda is now 2-0 for the new season. He carries an ERA of 1.72 in 15.2 total innings of tossed ball. And he almost earned his third career complete game.

“The most important thing was I was able to contribute to the win,” he says through an interpreter.

The Dodgers, who had an earlier game suspended due to rain Friday night, used a lot of relief pitchers. Kuroda aimed to alleviate their arms as they rested, including closer Jonathan Broxton's.

“They used a lot of bullpen pitchers yesterday and today, so I wanted to throw all nine innings, but it turned out I had to have Broxton pitch again there, so I kind of feel sorry for him,” Kuroda remarks.

After being pulled in the ninth inning, Broxton was called upon to record the last out. He did, capturing his fifth save in as many attempts of the season.

“It was weird,” Broxton states of pitching in two different games the same day with only a brief rest. “[But] we got two wins out of it.”