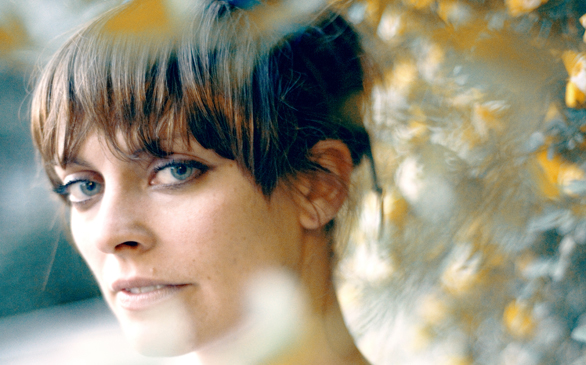 Little Scream is the stage name of Laurel Sprengelmeyer, one of many artists working in the significant experimental pop scene in Montreal. The slow and dreamy “The Lamb” opens The Golden Record with a spiritual bent, having about it an air of worship and sounding very much like something that could have been recorded in a cathedral. The soundscape on “Guyegaros” features a mélange of ominous fuzz guitar chords, strummed acoustic guitar and a vocal choir sounding almost dirge-like although the song’s narrative reveals quite the opposite; an amorous seduction of the title character.

Little Scream plays it straight and offers a couple songs (“The Heron and the Fox,” “Black Cloud”) with standard singer-songwriter arrangements, but her subdued singing style works best when there’s a kink or two to be heard, like on “Your Radio” where an insistent bass drum beat simulates the passing of time while all the other instruments swell very slowly throughout the song until the cacophonous climax. Sarah Neufeld of Arcade Fire guests on this debut full-length and AF studio man Richard Reed Parry co-produced.

The Golden Record is currently available.