The Del McCoury Band and the Preservation Hall Jazz Band 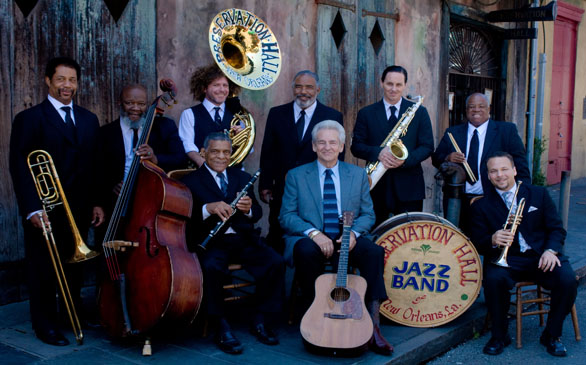 Jazz and bluegrass are great American musical innovations. While the two distinct dialects of indigenous music developed separately they have commonalties, including bright virtuosity, respect for the past and adherence to creative forms. Since the early 1960s, the New Orleans-based Preservation Hall Jazz Band has helped keep the early jazz heritage alive and well. Bluegrass ace Del McCoury began his career during the 1940s and ever since has upheld the acoustic, folky bluegrass genre.

Bringing the two groups together, in concert and on the outstanding studio outing American Legacies, is this decade’s best mutual admiration collaboration. The 12 predominantly vocal tracks, mostly sung by McCoury and sometimes by Preservation personnel, range from the two-timing, country-pop classic “One Has My Name (The Other Has My Heart)” to the trumpet-splashed, jazz mainstay “The Sugar Blues” to the masterful instrumental “Mullensburg Joys,” which has been part of the bluegrass and jazz idioms for half a century.