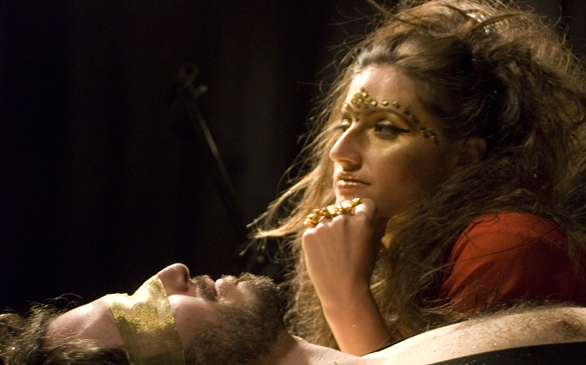 The way Christina Ryat’s voice is mixed on “Not for this Lifetime” (Botany remix) and the way her keyboard riffs echo and swirl with airy swooshes creates an otherworldly feel that has the song completely living up to its title. The other dimension isn’t heaven, hell or outer space though; it’s an inner muse that’s a bit, possibly, chemically altered.

Ryat (pronounced “riot”) essentially makes electro chill-out music with an eye to the avant-garde, and the studio wizards guesting on this set of remixes kick the experimental aspect of things into high gear. A.D. six uses lots of loops on his reimagining of “Timeworn” and even employs the stuttering effect of a “stuck” CD as part of the song’s rhythm, using the technique like a prod to keep Ryat’s silky vocals afloat.

Usually remix albums are geared to the dance floor, but here, only the Mikronesia remix of “Bells” and the sublime last dance of the night “In My Face” are dance floor friendly; mostly this set will appeal to those who like their chill-out music with a little kick.