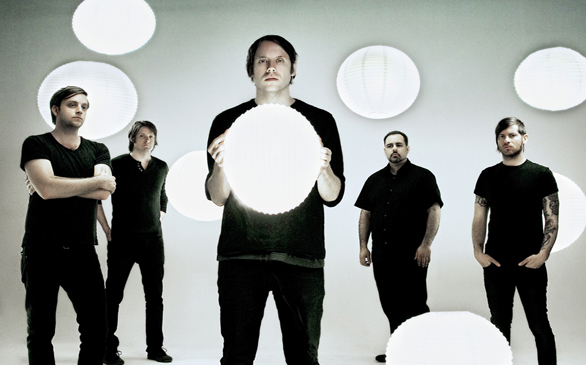 It’s almost hard to believe that Thursday is on their sixth album release now. In some ways, No Devolución marks a return to familiar territory for the New Jersey-bred post-hardcore act, while still managing to be unlike any previous album in their 12-year history.

Though significantly more moody and atmospheric, Devolución maintains frontman Geoff Rickly’s signature haunting wails matched by the pounding grittiness of guitarists Steve Pedulla and Tom Keeley’s thrashing. Though the album isn’t quite as loud or as overtly aggressive as past albums, the emotional intensity remains fevered and intense as Rickly still sings and howls with an urgency like his life depended on it.

At times, the album’s songs can get a little too melancholic and monotonous, blurring together slightly, though tracks like “Turnpike Divides” do well to break it up as hard-hitting throwbacks to earlier Thursday eras.

Though the sonic simplicity of Devolución might make it seem like an easy listen for a Thursday album, true to form, each subsequent listen reveals new sonic, lyrical and emotional layers to pick apart. You just have to listen a little harder this time to get there.

No Devolucion is currently available.