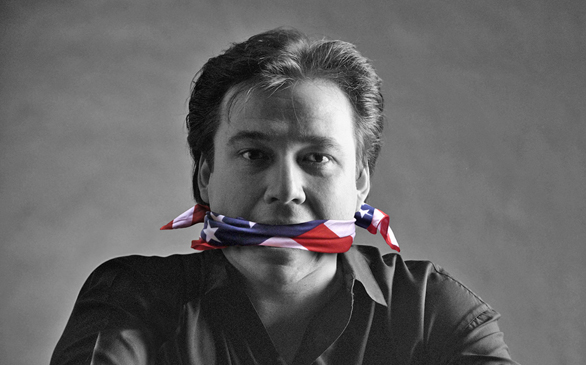 The questions asked in American: The Bill Hicks Story seem simple, even standard: Why is stand up comedian Bill Hicks considered special, and how is he different? The answers, while sometimes ugly, paint an impressive picture of one of our most influential modern storytellers. Considered everything from a social satirist to a philosopher, the film documents how the “comedian’s comedian” changed the face of stand-up by taking it from punch lines to preaching – all in good fun.

American follows Hicks from his days as a precocious teen who snuck out of his window to perform in downtown Houston all the way to his last days before he died of cancer in 1994 at age 32. Using animated pictures and home videos, and told through the eyes of friends and family (most notably his brother Steve who saw him perform hundreds of times), the doc is a heartfelt look at his life and what he meant on both the most intimate level and the biggest stage.

Admittedly, American felt like a bad episode of “Behind the Music” my first time through. Someone shows promise, drinks and takes drugs, ruins himself, gets clean, finds salvation in his own talent and eventually becomes the person everyone thought he always could. OK, thanks. Now what? But his words and his ideas stuck with me, so I started reading about him and watching his performances. Finally, I watched American again. The second time, I got it.

Hicks doesn’t seem special at first because we’ve been blessed with Jon Stewart, someone who can make us laugh, then make us think and then make us act. American shows how Hicks paved the way for guys like Stewart because he wasn’t content telling sex jokes and making fun of his crazy family (though he was actually great at both). Instead, Hicks took a topic like flag burning or the Iraq war and taught you while he entertained. The title of the film argues well for the patriotic flair he brought to his shows.

Hicks made his largest mark in England where, to be fair, it’s probably easier to question America’s choices. But it’s interesting to wonder what stage he would command if he were still with us. Whether he had his own show like Stewart or not, there’s no doubt today’s trying times would be fodder for his act. After watching American, you will wish he were around to say something.