Thanks, YouTube Girl: A Stronger Case for Ethnic Studies 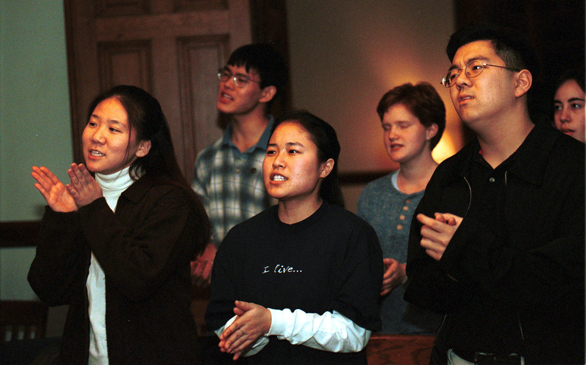 Now there is a movement at UCLA to make ethnic studies a requirement for all students.
(Credit: Sharon Gekoski-Kimmel/Philadelphia Inquirer/KRT)

By now I’m sure everyone’s heard of Alexandra Wallace, the UCLA student who posted a YouTube video about “Asians in the Library.” For those who haven’t seen, heard or have been living inside a deep, dark Internet-deprived cave, here are the main details: Alexandra Wallace comments that some Asians lack “American Manners,” and by her standards it means that Asians answer the phone loudly in the library with a “chingchonglinglongtingtong” greeting. Asians rely on all their family members (and she lists cousins, aunts, uncles and grandparents) to cook, clean and do their laundry because Asians can’t “fend for themselves.” She also invokes the Tsunami in Japan with such ignorance as to say that if Asians are going to be calling their loved ones about the Tsunami, maybe they should go outside so they don’t disrupt people studying in the library.

The video went viral, garnering millions of views over three days, and had Wallace prominently featured in major blogs and publications including the Los Angeles Times. At that point UCLA had to do major damage control. Chancellor Gene Block posted a YouTube video of his own saying that Wallace’s opinions did not reflect the overall diversity of UCLA. As much as he was upset by her actions, he encouraged civility towards her. Maybe that’s because Wallace was receiving death threats for her actions.

I say “probably” because even taking a class doesn’t guarantee an abolishment of stereotyping or racist sentiments, but at the same time I do believe it’s the best option we have in combating the ubiquitous problem of intolerance.

During the 1960s major developments to include ethnic studies departments surged across universities in the United States. Stemming from the Civil Rights Movement, other cultures were determined to connect back to their heritage with a curriculum that examined the history of their ancestor’s immigration to the United States and how it affected their sense of place in America.

Many ethnic studies programs use this format, and engage students in cultures and issues that are not taught in traditional K-12 education. I personally believe that without this exposure to other cultures, no one would really care or take the time to understand the fight and struggles that many immigrants have in order to feel they belong in American society.

What hurt the most about Wallace’s statement was the way she made it about an “us” versus “them” debate. By saying that we don’t have “American Manners” she’s essentially implying that we are outside the norm of what an American should be.

Would Wallace have said what she said if she was required to take an Ethnic Studies class? Maybe, she is of course entitled to her opinions, but at least she would have been aware about the impact of her words (and maybe would have expressed them without sounding so … idiotic).

Some schools have adopted ethnic studies as part of their requirement for general education. Right now there is a movement at schools such as UCLA to petition administrators to make ethnic studies a requirement for all students. Is it a matter of being forced to take a class? It’s no different than any other requirement one has to take like a lower division elective or social science. It would definitely be a tool in bettering our society and maybe would have prevented Wallace and others like her from smearing the name of UCLA and maybe humanity as a whole