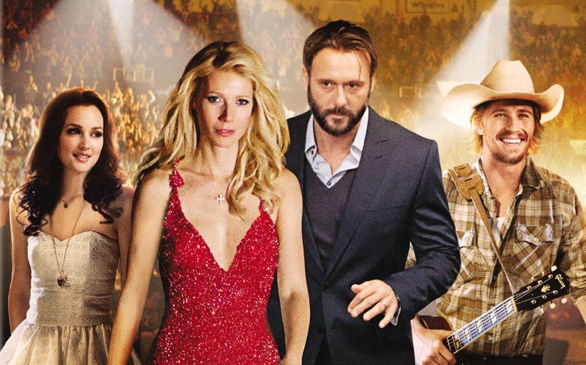 The Majors: Gwyneth Paltrow picks up the microphone again for Country Strong, in which she plays a past-her-prime country singer who teams with a rising songwriter (Garrett Hedlund) for a comeback and begins to fall for him, despite being married to her manager (Tim McGraw). Leighton Meester co-stars.

The big Oscar winner this year, The King’s Speech, stars Colin Firth as King George VI, a stuttering man who suddenly finds himself king after his brother abdicates. Enlisting the help of a quirky speech coach (Geoffrey Rush), George must conquer his affliction on the eve of WWII. Helena Bonham Carter and Guy Pearce co-star.

Harry Potter and the Deathly Hallows: Part 1 – The boy wizard’s final showdown with Voldemort is so epic it had to be broken into two films. ?

From the Vault: All nine films starring cinema’s greatest on-screen couple are now available in Tracy & Hepburn: The Definitive Collection. Making their DVD-debuts are George Cukor’s Keeper of the Flame and Elia Kazan’s Sea of Grass. Also included is a tribute to Tracy by Hepburn.

The Bob Hope Collection: Vol. 2 contains six of the legendary comedian’s later films, including: The Great Lover, Paris Holiday, The Private Navy of Sgt. O’Farrell, How to Commit Marriage, Son of Paleface and Cancel My Reservation.??

The Idiotbox: A 15-year-old girl is reunited with the mother who gave her up for adoption and the father who never knew about her in Life Unexpected: The Complete First & Second Seasons. Lux, a self-reliant teenager, finds her life turned upside down when Cate, her biological mother and successful Portland radio host, and her overgrown fratboy father once again enter her life.

One of the all-time great TV shows, Car 54, Where Are You?: Season 1 comes to DVD. Premiering in 1961, the series follows two mismatched beat cops in their misadventures in the Bronx. Also included is a 30-minute conversation with cast members hosted by comedian Robert Klein.

The Last Place on Earth is an epic miniseries adventure about the 1911 race to the South Pole. Martin Shaw stars as English Captain Robert Falcon Scott. Hugh Grant and Bill Nighy co-star.

Throughout the early ’70s, Sid and Marty Krofft defined a brand of psychedelic kid’s shows, one of the most indelible being “H.R. Pufnstuf.” This Saturday Morning favorite follows a boy with a magical flute who lands on an enchanted island with an evil witch and a friendly dragon. The Complete Series Collector’s Edition contains the show’s only season plus a Pufnstuf bobblehead.

Stranger Than Fiction: Check out these docs before Earth Day:

Captured in stunning HD, The Last Continent spans 430 days with the crew of the Sedna IV, exploring the effects of climate change on the Antarctic’s wildlife. Continue your journey aboard the Sedna with Antarctic Mission: The Complete Series.

Plastic Planet travels the world looking at the omnipresent manmade creation that is threatening the environment and people’s health.