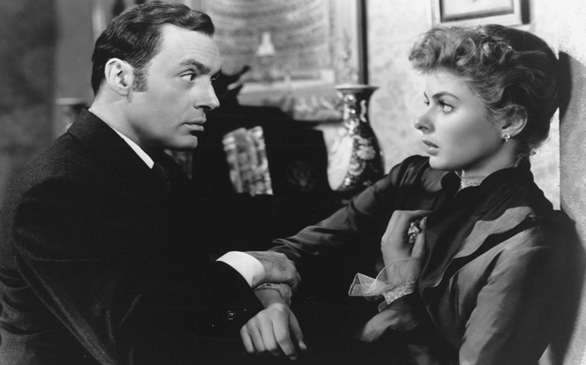 Chinatown (1974) is the film by Polish film auteur Roman Polanski who took the traditional film noir genre and shook it upside down. Set in the perpetually sunny city of Los Angeles, Calif., it is a frank representation of the director’s sensibilities which obviously convinced him that the typical pathetic fallacy infiltrating most other films of this genre – you know, rain, sleet, thunder, lightning – would not be compatible with this updated film noir. Nor would it be prudent for an audience no longer living in the covert ages of the World War II, the Red Scare and McCarthyism. The intrigue and suspense handed down from film noir archetypes like The Big Sleep (1946) and The Maltese Falcon (1941) have not left Polanski and writer Robert Towne, but Chinatown is its own type of film noir, an updated and modern detective thriller in which nothing is as it seems.

Jack Nicholson subtly enchants as J.J. Gittes, a semi-dimwitted private eye who gets about as many cases solved and squared away as he gets them wrong. Faye Dunaway stars as Evelyn Mulwray, the extremely wealthy daughter and wife of tycoons who own the water supply in L.A. County. She is trapped in some risky business (as all film noir heroines are), and he is the knight in shining pinstripes who, tragically, cannot save her.

John Huston plays Noah Cross, Evelyn’s sadistic father with the wealth to cover up his malicious acts. Huston is wonderful, adding the right mix of sugar and vinegar to the part, but he also brings with him the perfect kind of baggage. He directed such film noir classics as The Maltese Falcon, The Treasure of Sierra Madre (1948) and Key Largo (1948), and his reputation was cemented in this style of filmmaking.

While Gittes is occupied with Evelyn, he is also investigating a scandal with the water department. But this is just a pretense because what he is really digging deep to find is that there has begun a literal and metaphorical drying up of American families. Linked closely with the film noir genre, the themes of disillusionment and distrust are at the core of this film as well, so much so that by the time the 130 minutes have run, you can’t help but walk away unsure as to what actually happened. Who was the bad guy? Who was good? Was anyone good? Does it actually matter?

The water scandal doesn’t really matter. What we take away from the drama is far more relatable to our quiet, normal lives that are hardly filled with so much suspense because in Chinatown, the smoke and mirrors of scandal reveal a very sincere epidemic of insecurity and uncertainty. In this sense, Chinatown is like nearly all film noirs. Evelyn is our typical femme fatale who is hiding a secret about her family. Like all films in this genre, love flows like Jell-O: thick and sticky. Evelyn and J.J. make advances, but they are too wrapped up in the mystery and the drama to leave the city.

What becomes of them is the moral of the story that Towne and Polanski jointly emphasize: Good and bad aren’t so different from each other. In the end, everyone gets shot in Chinatown mid-escape. The alienation of characters has a direct relation to the genre and, specifically in this film, to the filmmaker’s choice of using the sprawling city of Los Angeles in the midst of a heat wave that strikes the characters with a sense of ominous unsettlement.

If you couldn’t tell, I love Chinatown, and it very well may be my favorite film from the genre. The American Cinemateque is hosting its 13th Annual Festival of Film Noir at the Egyptian Theatre, and they’ve compiled some of the best of the genre. You can catch dames in distress and smoking cops in rain coats parade across the screen in double features like Female on the Beach (1955) and Hazard (1948) which will be shown on April 13, and The Houston Story (1956) and New Orleans Uncensored (1955) will be screened at on April 15.

But I would not miss the double feature on April 20. Gaslight (1944) is the film that won Ingrid Bergman an Oscar and is often considered one of the greatest suspense films ever made.