Mike Birbiglia: Sleepwalk With Me Live 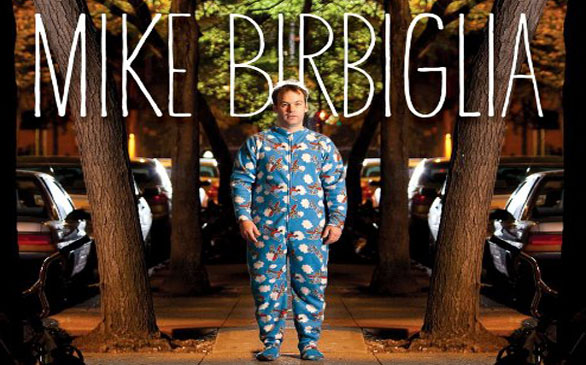 With an unusual voice that carries in it an indescribable charm, Mike Birbiglia is coming to iTunes and a record store near you. He did the off-Broadway thing a couple years ago with his own show produced by Nathan Lane called “Sleepwalk With Me.” Now, that same show has been recorded and segmented into “Sleepwalk With Me Live.”

In a set of off-kilter stories that are simultaneously heartbreaking and hilarious, the 32-year-old is slowly making a name for himself as the comedian of youth culture. You shouldn’t be expecting Kathy Griffin’s rants on celebrities or Chris Rock’s generalization of gender roles. Birbiglia pulls comedy from what he knows. And damn, is his life a riot.

Topics range from issues he has with his parents to the bumps he’s experienced in his relationship with a girlfriend. The best, however, the crème of this comedic crop is the sleepwalking story itself. Told delicately, but fiercely nonetheless, the tale of how he learned he sleepwalks, and why he finally decided to do something about it, is too good not to hear directly from his mouth only.

Of course, listening to jokes recorded live isn’t the same as seeing it on the stage, but there is a calming effect that comes with enjoying the comedy from the comfort of your iPod. You can catch just as much animation and physicality in his voice as you can by watching him stomp back and forth across the stage. Birbiglia’s talent lies in his voice and in his ability to tell amazing stories about nothing. The writing is so tight and succinct that he doesn’t tell an anecdote that doesn’t somehow relate back to another part of the narrative.

Birbiglia admits in “Sleepwalk With Me Live” that he gets Google Alerts to his phone. Hopefully he gets this one: He’s one funny son of a gun. And good luck with the sleepwalking.

Sleepwalk With Me Live is currently available.