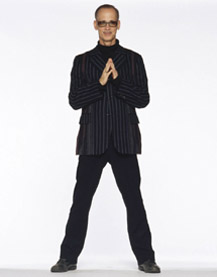 Since the release of his breakthrough film Pink Flamingos 33 years ago, John Waters’s name has become synonymous with cult filmmaking and gross-out comedies.

Last year saw the release of his most outrageous film in years, the slapstick-heavy sex comedy A Dirty Shame starring Tracey Ullman and Johnny Knoxville. The movie was the first Waters film to receive an NC-17 rating upon its theatrical release (Pink Flamingos was released back when the X rating was still in use).

Possibly due to the restrictive rating, Shame was somewhat disappointing at the box office. But Waters is optimistic that the film will find a whole new audience now that it’s available on DVD.

"I think the studio did everything they could possibly do to promote the movie," says Waters. "[Although]I don’t think the MPAA did. I think they could’ve helped me make an NC-17 more acceptable and they didn’t. But I’m not an angry person. I deal with it and move forward. [The rating] is pretty much unenforceable in video shops anyway. No one cares," he finishes with a mischievous grin.

That’s not to say Waters believes just anyone should see his latest film, but he believes the decision should be left up to parents.

"I think parents should control their children. I don’t think a 5-year-old should be watching A Dirty Shame. But I didn’t have the 5-year-old, they did. So watch your own children, my movies aren’t your babysitter," Waters scolds.

To coincide with the DVD release of Shame, New Line has also released the eight-DVD set "Very Crudely Yours, John Waters," which includes Shame, six additional Waters titles and a bonus DVD "scrapbook" filled with bonus features on Waters and his films.

It’s a busy time for Waters, who also has a new director’s cut of his 1991 musical comedy Cry-Baby, starring Johnny Depp, just out on DVD.

The filmmaker, once nicknamed "The Prince of Puke," is also at work on various other projects including an art show that will come to Orange County in September, a movie anthology series called "John Waters Presents Movies That Will Corrupt You" for the Here! Network, a Broadway musical adaptation of Cry-Baby and a movie adaptation of the hit Broadway musical "Hairspray," based on Waters’s original cult classic film.

But does all this activity mean Waters has sold out and gone mainstream?

"I think my career has been totally understood from the beginning," Waters says. "When people say, ‘Did you ever think this would happen?’ I almost become reactionary. It’s not like I’m an idiot savant or just some outsider filmmaker living in Baltimore. I think anything can happen in America."

Still, even Waters has moments where he wonders if things have gone too far.

"The oddest thing was during the Republican Convention in New York last year," Waters recalls. "Bush Sr. and Barbara went to see ‘Hairspray’ and danced with the drag queens and did the twist. You feel so co-opted you can’t even get mad. What can I say? They have a right to see a hit Broadway play. But it was on the list of ‘not recommended’ for the delegates, so that confused me."

Although he may have produced a Broadway musical that even (gasp!) Republicans can love, Waters fans can always return to the raunchy, boundary-pushing films of the DVD box set to remember what the one-of-a-kind auteur is most often recognized for. That’s an achievement he’s completely satisfied with.

"I was incredibly proud to hold [the box set] and think of all the agony you go through to make each movie," Waters says with pride. "There’s a lot of agony in this box! I think you could pull out every one of those movies, whether it’s PG or NC-17, and you would immediately be able to tell what a John Waters movie is. They’re all, like them or hate them, of one genre I’ve created."

A Dirty Shame and the "Very Crudely Yours, John Waters" box set are currently available on DVD.