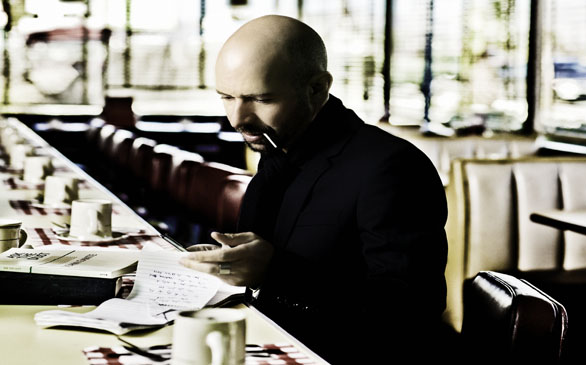 “I used to think I was the homeliest, most unlovable guy in school – I really did,” reveals best-selling author Neil Strauss. “I just saw myself as this big nose, scrawny, misfit guy who nobody could possibly like.”

So when Strauss decided to write his infamous bestseller, The Game: Penetrating the Secret Society of Pickup Artists, he painfully admitted the book was really to improve his own sex life more than anything else.

Awkward moment, yet a refreshingly honest answer by Strauss. That being said, his new book Everyone Loves You When You’re Dead turns the tables on celebrities and reveals the most honest, awkward and often shocking moments while interviewing artists such as Lady Gaga, Brian Wilson, Justin Timberlake, Prince, Ozzy Osbourne, Snoop Dogg, Trent Reznor and Britney Spears.

Having written Mötley Crüe’s scandalous memoir, The Dirt, and the trippy Marilyn Manson bio, The Long Hard Road Out of Hell, Strauss is a rock biographer extraordinaire. He takes the best snippets from thousands of interviews, weaves them into a seductive story and spills the juiciest secrets of those who live within the insane walls of the entertainment world.

With six bestselling books under your belt, which is your personal favorite?

Strauss: The Game and The Dirt I like equally. But I do have a special place in my heart for The Dirt; I keep hearing stories about those guys! I was literally talking with someone today who said Nikki Sixx left a friend of hers for dead on Sunset Boulevard. He was just racing around in the car, she fell out of the passenger seat onto the street, and he just keeps going. It takes a special kind of person to do that [laughs]. That’s why rock stars are so much more interesting than actors like Charlie Sheen. He’s interesting for an actor but boring for a rock star.

In Everyone Loves You When You’re Dead, you mention artists who felt guided by a higher power often had longer, stronger careers. Do you believe being a writer was your destiny?

I did write a book proposal when I was like 11 years old. I wrote the entire thing, typewritten on a typewriter with drawings; it even had a little author bio in the back. I had my picture glued to it that I had taken with my Polaroid camera. I sent it to book publishers and agents with a letter that said, “Dear Publisher, My name is Neil Strauss. I wrote this book, please send a copy of the published book and all royalties to…” then I put my name. No one ever responded to me, they were so mean. But I rediscovered that, I had 100 percent forgotten about it! It’s funny but kind of strange; somehow I subconsciously knew, but didn’t consciously know.

Since the book’s release, what has been the best or worst feedback you’ve received from the celebrities interviewed?

I sent copies to a few people, and they’ve all been positive, except one from Courtney Love. There’s this scene in the book where she shows me Kurt Cobain’s ashes and suggests we snort them. She wasn’t upset about that though, she was upset that I didn’t make it clear in the story that she did not do cocaine. I don’t logically understand that, because I don’t think it even implied that she did cocaine.

So, you could have had Kurt Cobain’s ashes up your nose?

If I said, “Let’s do it,” she would have done it, but I felt like, even though it probably means nothing, his essence doesn’t belong in my body. Maybe Courtney’s, maybe his daughter’s, maybe his mom’s, but not mine! I would feel weird and probably get haunted at night by some flannel-wearing ghost.

What is it about your personality that allows famous people to open up to you?

I think being non-judgmental. I’m not really going to judge someone for their views or point of view. It’s being empathic, trying to see life as they see life and understand what they’re thinking. I often ask questions from a natural place of curiosity. I really want to get to know the person; I want to understand how they feel and what they think. My opinion doesn’t matter, what matters is finding out. I just find people fascinating. I think I could have written another story, hopefully just as interesting, about a random person on the street, you know?

What advice would you give a teenage Neil Strauss?

You’re not as ugly as you think you are! [laughs]. And if you enjoy something, say yes to it. A good survival strategy for life is to just say, “Yes.”

Everyone Loves You When You’re Dead is currently available. For more information, visit neilstrauss.com.