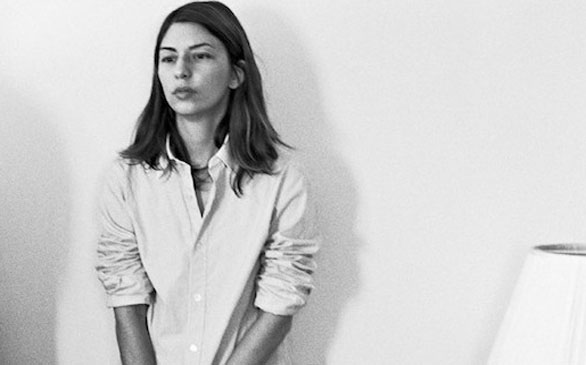 Sofia Coppola behind the scenes of Somewhere
(Credit: Paul Jasmin)

To come from a family of fame and success in Hollywood is both a blessing and curse. Instant wealth and recognition, all doors conveniently open to you, the assumption that you, too, can act and sing and direct. So maybe it’s more of a blessing than a curse, but coming from a successful family does have its drawbacks. Talent is talent, but opportunity can’t be planned or purchased. The privilege of connections provides the summer internships and the first job. But what that person does with his or her introductions is completely up to him or, in this case, her.

Sofia Coppola has that big-ticket last name that can’t be ignored on a resumé. Daughter of the one and only Francis Ford Coppola, Sofia was raised on set. Like Al Pacino, she was one of the cast members who appeared in all three “Godfather” films, albeit she had small roles. Cousin of Nicolas Cage and Jason Schwartzman, Sofia Coppola won the Oscar in 2004 for her original screenplay for Lost in Translation, which she also directed. Hers is only the second family to have Oscar winners in three generations, the first being Anjelica Huston and her famous family. Coppola is also the third woman in history and the first American woman to be nominated for Best Director.

She got her start helping out her father, and she made her first feature film in 1999. The Virgin Suicides was based on the bestselling novel of the same name. The film starred Kathleen Turner, James Wood, Kirsten Dunst and Josh Hartnett and centered around a small Michigan suburb in the 1970s. The five Lisbon girls are the mystique of the town, and a group of neighborhood boys become obsessed with trying to break into their world, which is heavily barricaded by their strict religious parents.

The Virgin Suicides was a mighty film, especially for a newcomer to the director’s chair. Coppola won an MTV Movie Award for Best New Filmmaker, as well as Young Hollywood Award for Best Director. The film remains a classic coming-of-age teen drama, one of my personal favorites in the genre.

She then followed that film with Lost in Translation, which she wrote and directed. Bill Murray is Bob Harris, an American movie star whose dwindling career leads him to Tokyo where he can still get work in commercials. There he meets Charlotte (Scarlett Johansson), a neglected newlywed who is looking for her place in life. Naturally, everything and one is lost in the translation of the Japanese city. Bob and Charlotte will never be the same. Coppola’s sophomore work won her not only an Oscar for writing, but it won three BAFTA Awards, three Golden Globes and four Independent Spirit Awards.

In many ways, it is an amazing piece of work from someone who took the opportunity afforded to her and did not let it keep her from making great films. She went on to make Marie Antoinette (2006) and most recently, Somewhere (2010) starring Elle Fanning and Stephen Dorff.

The wonderful people at the New Beverly Cinema are screening a double feature, “Two by Sofia Coppola” on Wednesday April 20 and Thursday April 21. Both nights, you can enjoy Somewhere and the gem of her collection thus far, Lost in Translation.

It’s funny, growing up in the industry. Somewhere won a Golden Lion at the Venice Film Festival last year, which was highly controversial. Quentin Tarantino was the President of the Jury, and some people questioned his objectivity since Coppola was a former girlfriend of his. That’s just the business. Six degrees is often too many. Everyone is connected often by far fewer, especially if you are raised as the princess of a film-school god. In fact, she still has to work, you know. Coppola had to appear in an episode of “The Girls Next Door” (2009) in order to gain access to the Playboy Mansion and meet Kristina and Karissa Shannon who play the stripper twins that Johnny enjoys in Somewhere. It really is a hard knock life.