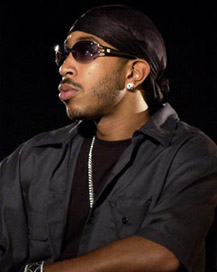 The independently produced film Hustle & Flow ignited a frenzied bidding war among studios at this year’s Sundance Film Festival. And with more than good reason. Extraordinarily written and directed by Craig Brewer, the film follows a Memphis pimp as he tries to redirect his hustle from hoes to lyrics and fulfill his lifelong dream of becoming a rapper.

Set in a time that assumingly predates the recent rise of the South as a regional hip-hop stronghold, DJay (Terrence Dashon Howard) hooks up with an old friend, Key (Anthony Anderson), to produce a demo tape that will exhibit his talent to famed hometown rapper Skinny Black (Ludacris), in a meeting that will ultimately decide his fate.

Along the way, between the epiphany and the production, it’s nothing but a display of heart and emotion, vulnerabilities and strengths. The abrasive and dogged landscape of Memphis streets colors DJay’s scanty world, but inside his home the relationships with his live-in prostitutes counter any stereotypical perception of a pimp. His dichotomy of shrewdness and desperation is present in every scene, exposing both his sense of street survival and his deep longing for a dream deferred.

The proverbs and conversations that flow from DJay’s lips could have been lost with any other actor, but with Howard, they’re naturally pushed forth with the raw ease that has signified his seamless performances since his breakthrough role in The Best Man.

Performances by the rest of the cast, including Taryn Manning as Nola and Taraji P. Henson as Shug, are exceptional as well.

Producer John Singleton had no help from his friends in Hollywood while making the film, having to finance the film himself. Studios passed on the story – probably because it lacked the hype and gilded MTV-like veneer of films such as 2003’s Honey. Despite an undeniably impressive screenplay and the fact that hip-hop music generates billions of dollars based on lyrics that convey tales of hustling and poverty (along with those flossing money and lavish cars), the mainstream movie industry is hesitant to back films like this one, perhaps foolishly choosing to leave the profits of underclass stories to the record labels.

Hustle & Flow is currently in theaters.