MLB Takes Over Operations of Dodgers 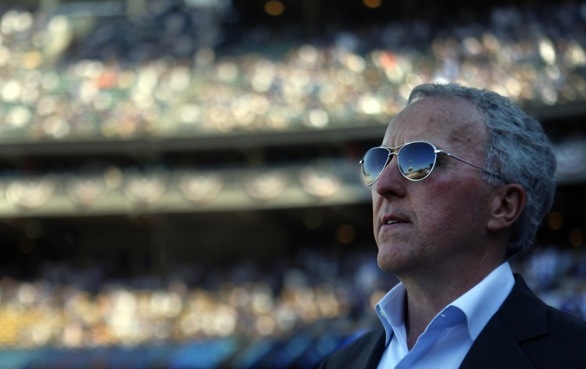 “I have taken this action because of my deep concerns regarding the finances and operations of the Dodgers and to protect the best interests of the club,” he says in a statement.

There are two prime reasons why this action occurred, led by the violent attack the San Francisco Giants fan experienced on Opening Day. However, the biggest came because of McCourt’s attempt to secure a financial loan to simply make this season’s payroll since the McCourt’s nasty divorce has plagued finances.

McCourt is not happy.

“Major League Baseball sets strict financial guidelines which all 30 teams must follow. The Dodgers are in compliance with these guidelines,” he says in a statement released late Wednesday. “On this basis, it is hard to understand the Commissioner’s action.”

Selig will soon appoint and send an MLB representative to Los Angeles to oversee the entire phases of the business and day-to-day operations of the Dodgers.

“It’s not a good day when you have turmoil within an organization,” club general manager Ned Colletti states. “I’m waiting for Major League Baseball to give me some insight into it.”

Reports indicate that Selig might be forced to sell the Dodgers, and multiple names of potential owners have already emerged. But McCourt is preparing a law suit against MLB.

“It’s sad,” McCourt’s special advisor and former manager Tom Lasorda confesses to the media. “I’ve spent 62 years in this organization, and I’ve never seen anything like this happen. Frank loved the Dodgers. A lot of people may not realize that, but he really loved the Dodgers.”