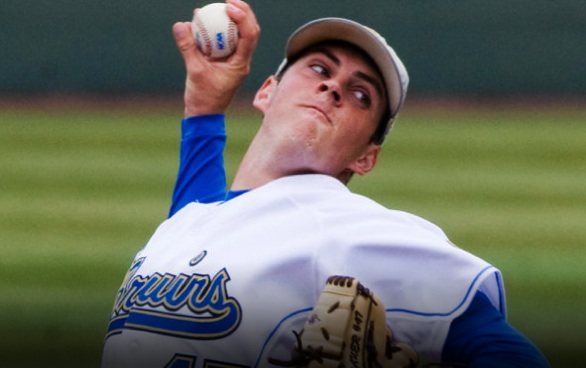 The No.-20 ranked Bruins (21-14, 10-5) went 2-2 last week, with a non-conference win over the San Diego State Aztecs and one at Stanford during a three-game conference set in Palo Alto.

Tuesday’s victory came in solid fashion by a score of 14-6 at Jackie Robinson Stadium in Westwood. Starting pitcher Zack Weiss collected his third win of the season (3-1) after a solid five innings, where he allowed two runs on two hits, three walks and fanned five batters. UCLA’s season-high 14 runs came on 18 hits, led by Kevin Williams’ four-for-five performance that saw him an RBI while plating two of his own.

Right-hander Trevor Bauer helped collect the team’s win Friday in a 4-1 victory at Stanford. Bauer struck out an impressive 17 Cardinal hitters, while going the distance in his third consecutive complete game. He allowed one run on four hits and two walks before improving his mark to 8-1 on the year.

UCLA, who sit in third in the Pac-10 standings, host first-place Oregon State during the coming weekend for a three-game series.

Led by Alex Sherrod’s season-high four RBI, the Trojans gained a 7-4 victory at Loyola Marymount University in West Los Angeles Tuesday. For the game, Sherrod went two-for-four, including a bases-clearing double in the first inning.

Soon after, the Trojans traveled to Seattle to face the Washington Huskies, where they took two-of-three for the series rights. USC won Friday (2-1) and Saturday (12-9), but lost on Sunday (8-2).

The Trojans travel to Arizona to play the Wildcats for three games, starting Friday, April 29, followed by contests on Saturday and Sunday.