The Donkeys: Born With Stripes 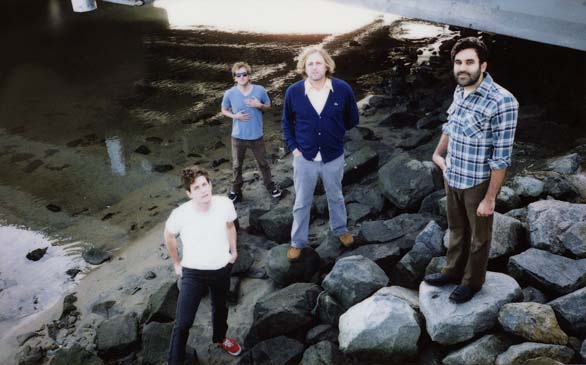 Hard as it may be to believe, there are actually people who lick toads and frogs in the hopes of catching a buzz. Some of those critters, when frightened, exude toxins through their skin that can cause hallucinations if ingested by a human. Here’s a much simpler and safer way to indulge in a trippy little adventure: Just take a taste of the latest release from the Donkeys.

Born With Stripes is stocked with a dozen delightful psych-pop gems that employ psychedelia oh-so-gently; “Don’t Know Who We Are” and “I Like the Way You Walk” only have hints of mind expansion, but by the time third track “Bloodhound” starts playing it’s like the peyote kicks in as sinuous guitar runs try to span synaptic gaps, subtle piano notes float about like lost butterflies and vocals start to echo like they’re slipping into another dimension. Title song “Born With Stripes” is a throwback to the early days of lo-fi psychedelia while the acid-tinged “Kaleidoscope” would have been quite comfortable alongside anything Pink Floyd played in their very early days.

The Donkeys refrain from complete freak-outs though; nothing here is going to shock you out of a very nice ride. Oh yeah, the CD’s cover artwork features a depiction of a very interesting amphibian – lick it if you must.

Born With Stripes is currently available.