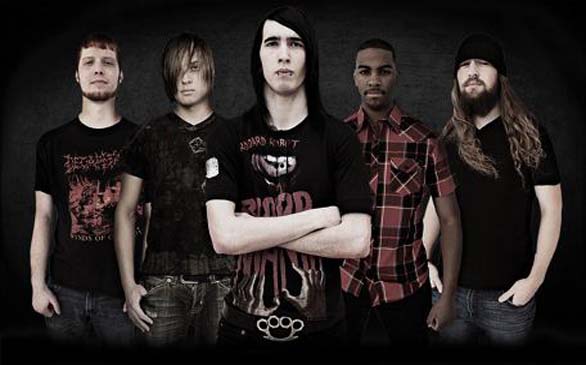 Do you ever wonder what might (musically) scare those who listen to thrash metal? Probably the same thing that scares fans of lots of other kinds of music: Auto-Tune. NightShade is a French thrash band who normally throws down a very hard sound rife with expected techniques like machine-gun drums and vocals screamed through what must be a lacerated throat.

Lost in Motion piles that stuff on by the megaton, but for some inexplicable reason, out of nowhere, here comes Auto-Tune at the end of “Rebellion.” The software is applied not just to a few words but to about the last fourth of the song and it just doesn’t work. It makes the band’s American singer, Wayne Hudspath, suddenly sound like a wimp. I doubt that was NightShade’s intention.

Fortunately the head banging demon dance is back immediately on the next song, “Winner (or Not),” but once again Auto-Tune rears its ugly head, this time in a brief break mid-song. It doesn’t take a genius to know that this is going to alienate thrash fans. And that’s too bad since there are a few good pounders here like “The Depths of Memory.” The band would be wise to junk the Auto-Tune experiment before it hangs too much of a bad rap on them.

Lost in Motion is currently available.