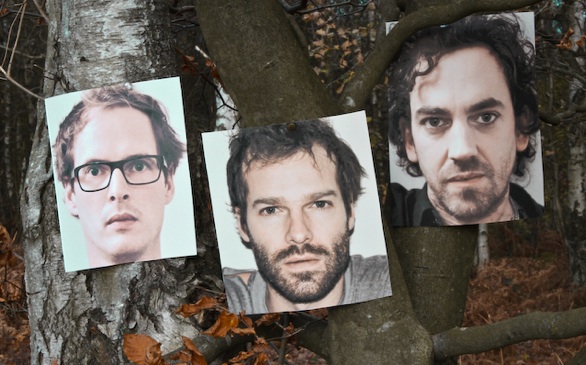 I used to like Pink Floyd. My grandmother turned me on to Dark Side of the Moon when I was 5, and we used to listen to it when friends of hers came over to visit. Those were good times. For years after that, whenever I heard any tracks from that album it was a ride in a time machine back to those times when I didn’t know any better and I listened to things just because they were on grandma’s turntable and grandma was cool. Vaccine, the third album by Younger Brother, reminds me of those times and reminds me of that album.

Comprised of notable tracks like “Pound a Rhythm,” “Shine,” “Night Lead Me Astray” and “Crystalline,” Vaccine is that perfect mixture of organic sound structures and digital and analog synthesized sounds. Sounding at times like a dance outfit and at other times like a pop act, Younger Brother manages to always be a little unexpected and never predictable. It’s that walk along the unexpected that allows Vaccine an intimacy not usually found in electronic music. It’s that intimacy of Vaccine that has brought me full circle and willing to revisit Dark Side of the Moon again after years of dismissing it as irrelevant.


Vaccine is currently available.
Article posted on 4/27/2011
This article has been viewed 1393 times.