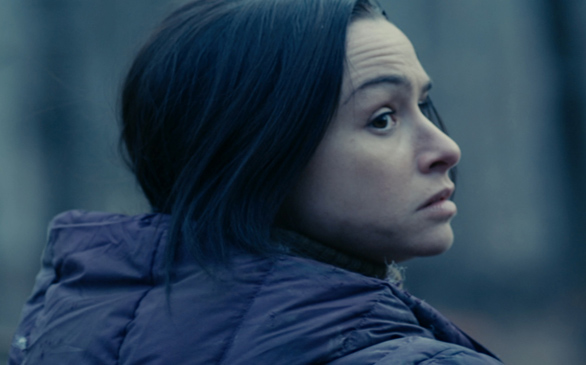 Jim Mickle’s Stake Land has been making waves on the festival circuit since last year, garnering rave reviews, and not just from stalwart fans of the horror genre, but also from critics at the Village Voice, New Yorker, Variety and the Hollywood Reporter. It’s been likened to the works of Terrence Malick and Cormac McCarthy, and it is easy to see why, because even though the central antagonists are supernatural in nature, the language of the film is more akin to a visual pastoral, a celebration of western motifs and an America that is no longer – a dying way of life. This may be a horror film, but it is one of those rare pictures that transcends its genre, and is truly a film to be enjoyed by anyone that laments the sorry state of contemporary cinema.

Of course, part of the film’s strengths are in its casting, which includes impressive work from Connor Paolo (“Gossip Girl”) and Nick Damici (Mulberry Street), as well as a moving return to cinema for Kelly McGillis (Witness, Top Gun). The most familiar face to contemporary audiences, however, may be Danielle Harris.

Harris has been working in notable television and film productions since she was a child, and while roles in the popular Halloween and Hatchet franchises have made her something of a genre staple, she has also been featured in the film The Last Boy Scout, the sitcom “Roseanne” and even voiced characters for animated shows, like “The Wild Thornberrys” and “Father of the Pride.”

She recently took time to speak with Campus Circle about Stake Land.

“The girls that I usually play, you probably wouldn’t think of me first for something like this,” Harris says of her role as Belle, a pregnant survivor of the post-apocalypse. “I usually get the offers for, like, the tough girl, the badass, feisty daughter, you know. Belle was very different from any of the other characters that I’ve played, and probably the most like me as a person.”

As for what attracted her to the script, Harris is very matter-of-fact.

So, Stake Land was something special that rose above tired clichés, a breath of fresh air.

“I dig it [Stake Land]. I think it’s a really good story. There are relationships there. It’s a coming-of-age story about a boy and a man that’s a bit different than what we see nowadays.”

What was it like filming a post-apocalyptic road movie?

“The scenery was gorgeous. There were no sets. We would just wander 10 feet and find something gorgeous. Even the scene where we find the bus, that was actually … we just found that. That’s there. That’s just exactly the way that it is. Nothing was set-dressed. That sort of thing was just a happy accident.”

Actors allow themselves to slip into their roles in a number of different ways, so what was it like working with hardened vampire hunters?

“Nick [Damici] is a man’s man, you know, a guy’s guy. Nick and I have a great relationship. When I went to Philadelphia, and Nick and Connor [Paolo] were camping out together. They set up tents. They cooked their own food. They wanted to bond. I would always make fun of Nick’s clothes because he always smelled like barbecue chicken, which he’s going to love me saying. But they totally got into it. All of the props Nick made himself.”

Stake Land is proof that there is still life out there in our cinemas, and it may just be the best horror film of the year, a vampire movie that doesn’t suck.