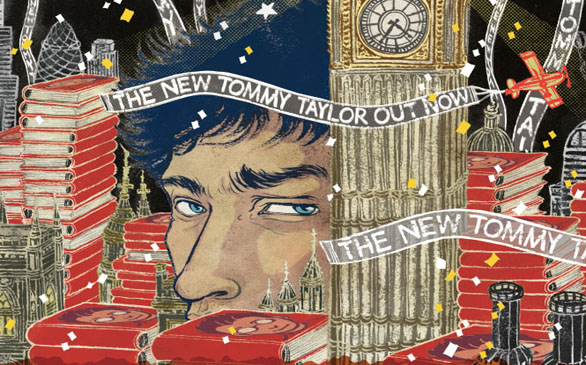 One of the best comics being published today, The Unwritten returns for a captivating third volume. The series centers on Tommy Taylor, the real life inspiration for a Harry Potter-esque boy wizard. After his famous father disappears, Tommy finds himself in the middle of an international conspiracy where fiction and reality collide. Believed to be dead by the authorities, the fictional nemesis Count Ambrosio on his heels and a new Tommy Taylor book fuelling speculation of his father’s return, Tommy attempts to root out the conspiracy.

In this volume, we learn more about the mysterious and omnipresent cabal that is after Tommy and his father. We also get some insight into Lizzie’s backstory in an inventive Choose Your Own Adventure-style tale. Creator Mike Carey continues his playful exploration of the power of storytelling as he weaves his tantalizing mystery.