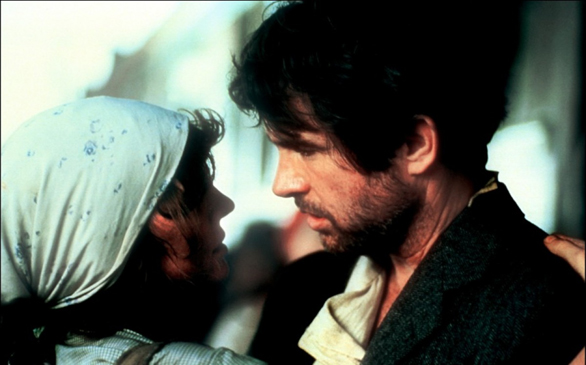 Just as video killed the radio star, YouTube has killed the need for video of any other type. You can find movies, music videos and virtually anything else you could ever want on the Web site. But what shocks me sometimes is that most people will watch a feature film – one that was meant to be seen on the big screen and in perfect quality – on YouTube, even if the image is pixilated and won’t load in a timely manner.

I admit, I have resorted to watching a film in this way, but only in the direst of situations. Otherwise, Netflix or good old-fashioned movie rental is my preferred method. Which is why television stations dedicated to airing classic and contemporary films is one of the modern feats in entertainment. AMC is one such channel, but sometimes the number of commercials shown throughout the running time of one film can be severely annoying.

In contrast, Turner Classic Movies (TCM) officially debuted on April 14, 1994. Media mogul Ted Turner (of Turner Broadcasting) launched the channel in a ceremony in New York’s Times Square. The first movie shown on TCM was Gone with the Wind (1939) which is also what TNT, its sister station, screened six years prior for its debut.

Since it launched in 1994, TCM has certainly grown. It initially was only available to about one million cable subscribers. It used to be a competitor to AMC, as they shared similar formats. But by 2002, AMC began airing films from all eras and genres, not just purely classic films, leaving TCM the only cable movie channel to do so. TCM is also virtually commercial-free, allowing for a more enjoyable and complete viewing experience. TCM prides itself in staying true to the original version of the films, “uninterrupted, uncolorized and commercial-free.” Colorization – the act of adding color to films originally made in black and white – had become a common practice, that is, until TCM introduced America to how classic films were meant to be seen.

So, if your mouth isn’t watering with a craving to watch classic feature films, then it will after reading about this. The 2011 TCM Classic Film Festival is running April 28 through May 1 in Hollywood. It is a multifaceted festival featuring over 60 screenings. TCM host and film historian Robert Osborne is the official host of the festival. Alec Baldwin, who starts his third season co-hosting TCM’s “The Essentials” movie showcase, is set to interview Oscar-winner Warren Beatty as the prelude to a 30th anniversary screening of Reds. Hayley Mills (aka the original young actress to play twins) will be on-hand to take part in 50th anniversary screenings of The Parent Trap and Whistle Down the Wind (1961), the latter based on a novel by her mother, Mary Hayley Bell.

If you idolized Gregory Peck anywhere near as much as I do, you should be excited to hear that his family will pay tribute to the late actor with two screenings, including the world premiere a new restoration of The Guns of Navarone (1961), which celebrates its 50th anniversary this year. Actress Mary Badham will then join them to introduce Peck’s Oscar-winning performance in To Kill a Mockingbird (1962), in which Badham played the famous role of Peck’s daughter, Scout.

Richard Roundtree is set to present a 40th anniversary screening of the landmark blaxploitation flick Shaft, the film that earned him a Golden Globe nomination for Most Promising Newcomer for his role as the title character.

The festival will also feature a salute to composer Bernard Herrmann in honor of the 100th anniversary of the composer’s birth. His work will be the focus of a 60th anniversary screening of The Day the Earth Stood Still, a 35th anniversary presentation of Martin Scorsese’s Taxi Driver and a screening of the fantasy classic The 7th Voyage of Sinbad (1958).

My love for classic films is not shared by everyone, and they are definitely an acquired taste. But the history of film is so readable and easily accessible through stations like TCM and through local festivals like the TCM Classic Film Festival, why not indulge in culture for a while?