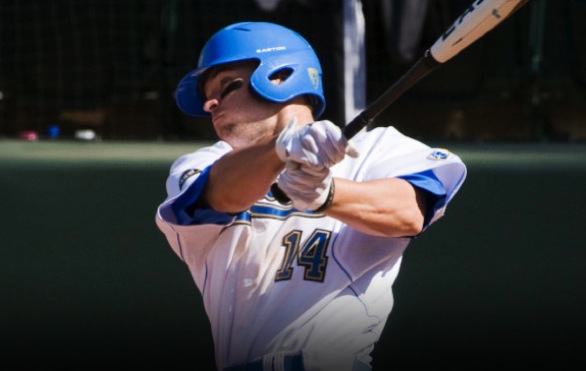 After collecting a decent 6-1 non-conference victory over the UC Irvine Anteaters at Jackie Robinson Stadium in Westwood at the start of the week, the Bruins faced a true and difficult test when the No. 3 ranked Oregon State Beavers (32-9, 12-3) came to town for a three-game set. The Bruins fell 7-5 and 2-0, respectively, in the first two games.

UCLA (23-16, 11-7) managed to salvage one of the three contests, which came Sunday in a 5-2 win. Freshman Adam Plutko (3-3) gained his third victory of the season after 6.1 innings of work, where he struck out six batters, walked two and allowed two runs on nine hits.

Senior outfielder Chris Giovinazzo went 3-for-4 with two RBI and two runs scored on the day. One of hits arrived in the bottom of the sixth inning on a two-run double to untie a 1-1 score, which set off a four-run inning for the Bruins.

After visiting Pepperdine for one game, the Bruins head to Oregon for a three-game series against the Ducks in Eugene.

Out of their four games last week, one was played at home, but the Trojans went on to go winless during the week, losing 7-1 to Long Beach State, then 4-3, 20-4 and 8-5 to Arizona, respectively.

The Trojans’ best chance to capture a win came Friday in their one-run loss in the 10 innings against the Wildcats in Tucson, but Johnny Field hit a walk-off RBI single that scored Bryce Ortega.