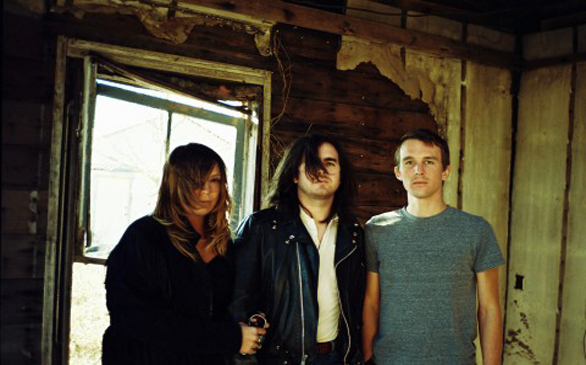 Love Inks is a trio from Austin, Texas, but they sound like they’re working in the thriving Montreal scene right alongside fellow female-led minimalist pop acts like Little Scream and the Luyas. Sherry LeBlanc is the voice of Love Inks and with the backing instruments providing little more than basic rhythms and subdued melodies it is her nuanced singing that makes these songs click.

The cute “Blackeye” and the urgent “Can’t Be Wrong” are standout examples of catchy, understated pop but LeBlanc’s talent really shines on the album’s one cover, a take on the David Essex oldie “Rock On.” While Essex needed swooshing strings and eccentric backing vocals to bring his piece to life, Love Inks manages to retain the eerie feeling of the original with a super-simplified arrangement. LeBlanc is a pleasant enough singer, but she’s keenly aware of the value of “the space between” and the appeal in this set of songs comes partially from what she doesn’t say.