College Debt: Even Affects When You Will Get Married 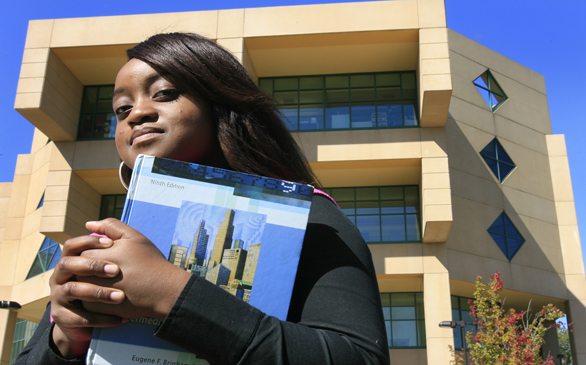 It was the best of times; it was the worst of times. No, Mr. Charles Dickens. Right now, fiscally, it is the worst of times to be paying for college. The perfect storm of federal and state budget deficits, the ongoing impacts of the recession, oil prices, and unemployment means drastic cuts in spending for education. And the news doesn’t get any better.

April saw many news outlets and blogs covering the state of financing higher education. Maybe it’s because this is the time when freshman are receiving their acceptance letters, continuing students are applying for financial aid or the looming prospects for 2011 graduates. The news has become so prevalent recently that I wanted to focus this blog post on the overall national conversation happening on this topic.

Overall, the New York Times reports that student loan debt outpaced credit card debt at a trillion dollars this year. For students across the U.S, this early debt can mean longer wait times for life choices such as having children, buying a home and even marriage, showing that the transition to adulthood is becoming longer and longer. A New York Times interview with Mark Kantrowitz, the publisher of FinAid.org and Fastweb.com, Kantrowitz states, “In the coming years, a lot of people will still be paying off their student loans when it’s time for their kids to go to college.”

On the state level, the UC’s are facing a grim reality in having to reduce $500-million from the collective University of California budget. This news came from an Op-Ed piece to the Los Angeles Times written by Chancellor Gene Block of UCLA.

The piece starts off… “Early this year I was asked, as the chancellor at UCLA, to prepare the campus for nearly $100 million in budget cuts. It was our share of the $500-million reduction proposed for the University of California system in Gov. Jerry Brown's budget proposal.” The Chancellor goes on to relate how the proposed tax extensions would help to pre-empt budget cuts but that not enough legislators support putting the extensions up for a vote on the June ballot. Then, in an unprecedented move, the Chancellor starts to call people out (and rightfully so) saying…

“Overall, two-thirds of the Assembly and Senate members attended a community college, Cal State or UC, many of them two or three of these institutions. These leaders, in other words, built their careers in public service upon the foundation of the state's esteemed Master Plan for Higher Education — now in tatters — that assured an education to every qualified student in California. Of the 42 Republicans in the Legislature — none of whom has yet to provide one of the two GOP votes needed in each chamber to put the tax extension on the ballot — 29 are products of the state's higher education system. They include the Senate and Assembly minority leaders — who attended Los Angeles Valley College and Fresno State, respectively — as well as the vice chairman of the Assembly's Higher Education Committee, who went to UC Irvine.”

Most likely, without this needed tax extension, thousands of UC students may face another hike in tuition. But when many students start to cry foul at their University for such an atrocity, I hope they recognize the situation that lead to its effect.

And fees are not the only things increasing. The Huffington Post recently reported “numbers show that out-of-state and international admissions are at an all-time high… For the UCs, that means accepting more non-Californian students who will pay about $23,000 more in a year than resident students… That comes at a price for California's own students, who are finding it tougher to find space at their top state school choice.”

So what other options do California students have? Ironically, private schools. As reported by the Press-Enterprise, “private universities have been more aggressive in offering generous aid packages that eliminate or greatly reduce tuition for a range of students from low-income, middle-income and even some high-income families.” Public schools are of course cheaper, but the article points out that tuition is increasing at almost twice the rate of private schools.

Yet, even with private school aid packages, every Californian is feeling a tight squeeze on their finances. Therefore it is equally important to keep up to date with the news happening on this subject, because in or out of college, the consequences of these fiscal times go beyond simple repayment.