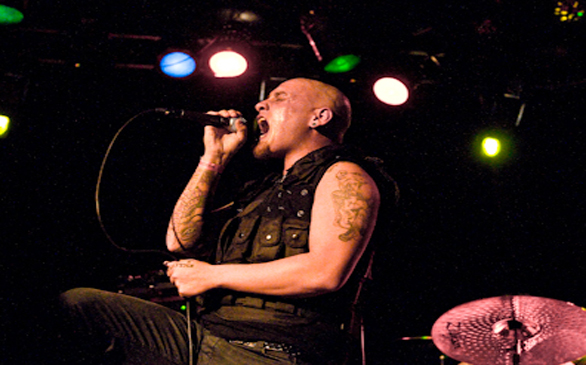 Tennessee’s Egypt Central, known for their high energy and very emotional performances, lived up to their reputation. The band – made up of John Falls on lead vocals, Jeff James on lead guitar, Joey Chicago on bass guitar and Blake Allison playing the drums – considers its live show to be a secret weapon and a way of attracting new fans. This proved true at the Whisky. While the crowd seemed to fit the L.A. stereotype of hard to impress and hesitant to dance, the lineup was able to break through any barriers by the end of the night.

Egypt Central’s new album, White Rabbit will be available May 17 and is the band's second release to date.